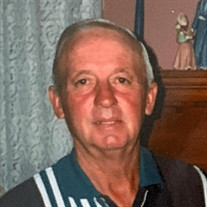 Barrie “Preston” Casey Obituary Preston Casey passed away on Saturday April 4th, 2020. He was 79 years old. Barrie Preston Casey was born on January 26th, 1941 in Pryor, Oklahoma to Roy “Bill” and Vena Casey. He attended Harmony Star schools until the 8th grade, then attended Sequoyah High School, where he graduated. After high school, he went to work driving trucks. He spent his spare time riding bulls in the rodeo. In 1963 he was drafted to the Vietnam War, where he served one tour as a helicopter gunner in the 1st Calvary. When he came back from the war in 1965, he went to work as a driller for Peabody Coal Company. He married Norma Jo Chambers on March 10th, 1967, where they lived in Claremore. From 1985 - 1992, he and Norma helped manage Keetonville Grocery. He started Casey Drilling in 1992, where he drilled water and geothermal wells. In 2002, his son, David, joined the company as a partner and they operated the company until 2008. He thought he was going to retire at that time, but instead, went to Pheonix Coal Company to get their drilling operation started. Preston officially retired in 2011. In his spare time, he enjoyed quail hunting and fishing. He was an active member of Trinity Baptist Church in Claremore for many years. He and Norma never hesitated to open their home for anyone, giving them a homecooked meal and a place to stay. Over the years, they helped raise many children along with their 3 children, Shelly, David, and Tina. He was preceded in death by his parents, Bill and Vena, his sisters, Dale Dikeman and Sandy Gassaway, and a son, Barrie Anthony. Survivors include his daughter Shelly Willhoite and husband Steve of Claremore; son David Casey and wife Heather of Claremore; daughter Tina Abicca and husband Frank of Freeport, Florida; Esther and Travis Henson of Claremore; grandchildren Abby and Tessa Casey, and Josie and Maddie Abicca; brother Gary Casey of Claremore; and many nieces, nephews, and cousins. Memorials may be made to the Rogers County Food Bank. Services will be scheduled and held once the Corona Virus Restrictions have been lifted.

Send flowers to the Casey family.