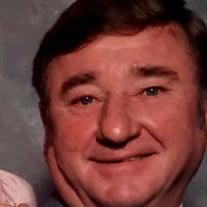 Funeral service for Donald James Walla will be 11:00 am Friday, March 15, at MMS-Payne Funeral Home Chapel. Burial will be at 2:00 pm at Ft. Gibson National Cemetery in Ft. Gibson, Oklahoma. Donald passed away at his home on Monday, March... View Obituary & Service Information

The family of Donald James Walla created this Life Tributes page to make it easy to share your memories.

Funeral service for Donald James Walla will be 11:00 am Friday,...

Send flowers to the Walla family.