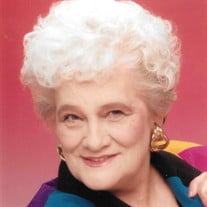 A celebration of life is 1 p.m. Saturday, May 7, at Oologah United Methodist Church, and online at www.Oologahumc.org. A graveside service will be held later in Shawnee, Kansas. Amazing Grace Lubben left Earth a better place Grace Marian Henriksen Lubben, a true pioneer woman, educator, and advocate for her family, died Feb. 14 in Claremore. She had moved from her long-term home in Johnson County, Kansas to be near family shortly before her death. She was 91. She was born Oct. 7, 1930, on a Beresford, S.D. farm, to a Danish family, the third of 10 children. The farm lacked power, running water, or telephone. She graduated as Beresford HS valedictorian at age 16, earned an emergency teaching certificate in college over the summer, and began teaching grades 1-8 in a one-room school. She married Arthur Lubben, her brother’s WWII buddy, in 1950. They followed highway construction until the oldest children reached school age, then established a residence in Johnson County, a suburb of Kansas City. Art died in 1991. She was equally at home as a cook and baker, educator, IRS examiner, and proofreader and department chief for phone books serving multiple Midwestern states while baking incredible goodies to lure her kids and dates home after movies or shows for free snacks at the Lubben house—and for making the “keepers” feel like full family long before any formal commitments. An artist, she devoured books from classics to history to mysteries, crosswords, and news from all perspectives. She epitomized Will Rogers’ quote, “I never met a man I didn’t like,” by neighborhood cooperation born of her family roots in South Dakota. Her life earned her the nickname “Amazing Grace,” though she never used it for herself. She was too busy helping others. Her children include Mark Lubben, an electrical engineer in Massachusetts; Faith and her husband John M. Wylie II, newspaper publishers in Oologah; Dawn Kester, pie specialist at a Collinsville bakery, secretary, and public servant; Celeste Lubben, an avid crafter in Claremore who was Grace’s long-term housemate; and the late Heidi Gillespie and her husband Eric Gillespie, computer experts and world travelers who lived in Alaska. Grandma Grace had nine grandchildren and six great grandchildren, including Brianna Godwin, James Wylie, and Ethan Williams of Oologah/Claremore.

The family of Grace Marian Lubben created this Life Tributes page to make it easy to share your memories.

Send flowers to the Lubben family.