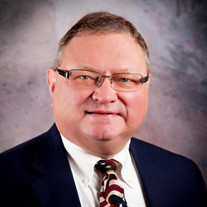 Former Rogers County Assistant District Attorney James “Jim” Weyman Ely, Jr., passed away May 15, 2020, after a year-long battle with cancer. A funeral mass is scheduled for 10 a.m. Thursday, May 21, 2020, at St. Cecilia Catholic Church in Claremore. Visitation is Wednesday, May 20, from 1 p.m.-7 p.m. The family will receive visitors from 5 p.m. to 7 p.m. Jim was born March 2, 1949, to parents James “Dick” and Verna Lee Ely in Kingsville, Texas. He spent his childhood in Kingsville and graduated from Henrietta M. King High School in 1967. Jim attended Texas A&I University in Kingsville for one year before transferring to The University of Tulsa. In May 1971, Jim graduated from TU with a Bachelor of Arts degree. In July 1977, Jim earned a master’s degree from Central State University in Edmond, OK. Jim spent the early years of his career working as a mental health professional in various settings including the Mabel Bassett Correctional Center and Mercy Hospital in Oklahoma City. In May 1987, Jim married Melissa Vierheller in Claremore. The following year he chose to pursue his lifelong dream of becoming a lawyer and entered The University of Tulsa College of Law. He received his Juris Doctorate in May 1991. In July 1992, Jim and Melissa welcomed a son, William J. Ely, and “Willy J” became the center of Jim’s universe. Jim worked for the law offices of Scarth & Rahmeier and Legal Services of Northeast Oklahoma before joining the Rogers County District Attorney’s office. While at the DA’s office, a large portion of Jim’s work involved cases pertaining to juveniles, and he was committed to the welfare and safety of children. Jim was a founding board member of the William A. Barnes Children’s Advocacy Center. Later, Jim was assigned to the Craig County office where he handled any case that came through the door. In 2011, Jim relocated to Nebraska where he established a private law practice. In 2014, while in Nebraska, he was elected Boone County Attorney, serving 2015-2018. Jim was a member of the Oklahoma Bar Association and a former member of the Nebraska State Bar Association. Following his cancer diagnosis last year, Jim returned to Claremore to be near his son, Will, who survives him. He is also survived by Will’s mom, Melissa Rogers, of Claremore; brothers John Ely of Corpus Christi, Texas; and Jack Ely and wife Kristy of Crowley, Texas; his beloved aunt, Rita Bell of Tulsa; his nephew Lt. Jason Ely (US Navy) and wife Megan of Alexandria, Virginia; his niece Tabitha Elizalde and husband Manuel of Corpus Christi; great-nephews Brooks Ely and Aiden Elizalde; great-niece Emma Elizalde; his Texas cousins: Pat, Mike, Kay, and Larry; the Bell cousins in Tulsa: Sharon, David and Leta; and the Vierheller siblings, nieces and nephews. Jim was preceded in death by his parents, Dick and Verna Lee Ely, and his best friend, William A. “Bill” Martin. The family would like to extend special appreciation to the employees of Good Shepherd Hospice for their compassionate care and to Bill and Carol Scarth for their friendship and kindness. In lieu of flowers, a contribution in Jim’s memory may be made to CASA of Northeast Oklahoma, 658 S. Lynn Riggs Blvd., Claremore, OK 74017. To make a donation online, visit the CASA website, www.casaneok.org.

The family of James Weyman Ely Jr. created this Life Tributes page to make it easy to share your memories.

Send flowers to the Ely family.