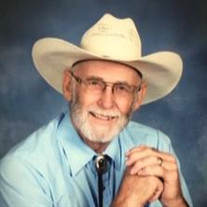 Funeral service for Brother James Layton will be 11:00 am Thursday, May 9, 2019, at Chelsea First Baptist Church. Burial will follow in Winganon Cemetery under the direction of the Chelsea Funeral Home and Cremation Service. Visitation will be at the funeral home on Wednesday, May 8, 2019 from 1-8 pm, with family greeting friends from 6-8 pm. Jim passed away at St. Francis Hospital in Tulsa on Saturday, May 4, 2019. He was 72 years old. He was born in Phoenix, Arizona on October 27, 1946, the son of Jesse James Layton and Bonita Jean (Lilburn) Layton. His father was a farrier, so the family traveled around the country, following the horse racing circuit. They eventually settled in the Alluwe area, where Jim attended school, graduating with the class of 1964. While in high school, Jim met Mary Ann Hayes in drafting class. They were married on December 18, 1964. Jim began his working career, working at a grocery store and gas station, and even some part-time drafting jobs. Three years later, he decided to attend college. At NSU in Tahlequah, he majored in physics and mathematics. Later he earned his Masters Degree in electrical engineering from OSU in Stillwater. After graduation, he worked for Applied Automation at Phillips Petroleum. During this time, he and Mary Ann lived in Ochelata, and later, Bartlesville. In 1993, they bought a farm in Winganon. A short time later he began working for Baker Hughes, retiring in 2012. After the passing of his wife, Mary Ann, Jim would later meet Kathy Williams. They would marry on August 3, 2013. Together they began another chapter in Jim's life. From the early 1980's, Jim also followed another passion and was ordained as a Baptist minister. He pastored many churches in the area, including Oglesby, Silver Lake, Winganon, Midway, and Alluwe. He also helped out from time to time at Chelsea and Talala Baptist Churches. In his spare time, he enjoyed tinkering with electronics and working with his cattle and horses, especially his stallion named Seven. He also loved to travel, visiting places such as Germany, Hawaii, the Phillipines, and many other locations around the United States. He treasured time spent with his children and grandchildren the most. He was truly a virtuous man. Jim was preceded in death by his father, Jesse Layton, wife, Mary Ann Layton, daughter, Sherri Lubensky, grandson, Nicholas Lubensky, and his brother Art Layton. Survivors include his wife Kathy; mother, Bonita Layton; children, Alison Battles and husband Travis, Miranda Duncan and husband Richard, James Layton, Tammie Stewart and husband Steve, Shawn Heinrichs and wife Tammy, Timothy Heinrichs and wife Jamie, and Daniel Heinrichs and wife Bella; son-in-law, Mike Lubensky; grandchildren, Charles, Philip, Caitlin, Timothy, Jessica, Bruce II, Brandon, Madalyn, Ashleigh, Arik, Aaron, Andrew, Alijah, Reece, Layton, Bethany, Matthew, Tyler, Brittany, Brianna, Asia, Michael, Kameron, Ryan, J.T., Nathan, and Dakota; great-grandchildren, Judah, Luke, Cadence, Maggie, Macy, Jeremiah, June, Bruce III, Paisleigh, Emmalynn, and Ace; and siblings Bonnie Conner, Jesse "Jay" Layton, Larry Layton, Benny Layton, and Beth Manley. Memorials may be made to Gideons International at P.O. Box 1132 Claremore, Oklahoma 74018-1132 View and sign Jim's online memorial at www.mmsfuneralhomes.com

Funeral service for Brother James Layton will be 11:00 am Thursday, May 9, 2019, at Chelsea First Baptist Church. Burial will follow in Winganon Cemetery under the direction of the Chelsea Funeral Home and Cremation Service. Visitation will... View Obituary & Service Information

The family of James Edward Layton created this Life Tributes page to make it easy to share your memories.

Funeral service for Brother James Layton will be 11:00 am Thursday,...

Send flowers to the Layton family.