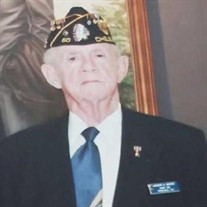 “Just Joe” passed away peacefully at his home in Chelsea, Oklahoma on Saturday, March 28th, 2020. Joseph H Baker was born July 27th, 1934 in Johnston County North Carolina to Viola Evans Baker and Oscar Clayton Baker. While growing up the family moved many times because of Oscar’s carpenter occupation. Joe was the oldest of three boys, followed by Clayton Junior, and James known as Jimmy. Joe enlisted in the US Air Force in 1954 and proudly served for 23 years retiring as a master sergeant. He was awarded the Bronze Star for service in the Vietnam War. Joe married Rochelle Barnes and to that marriage four children were born. They were later divorced. On July 12, 1967 Joe married the love of his life, Sue. In 1994 they moved from Omaha, Nebraska to Chelsea, Oklahoma. They both loved the town and the people of Chelsea. Joe became active in many of the town’s clubs and organizations. He and Sue were members of the First Christian Church in Chelsea. They celebrated 38 years of marriage before Sue passed away in 2005. After Sue’s passing Joe refused to leave his little town. Chelsea was his home. Joe enjoyed entering his classic cars in area parades and car shows and earned many trophies and plaques. Anyone who knew Joe knew he was a giver. He gave “Just Joe” ballpoint pens to everyone he encountered. Joe is preceded in death by his wife, Sue: parents, Oscar and Viola; a brother, Clayton; daughter, Susan; and son, Joey. Survivors include: Step-daughter, Terri Tweedy and husband Mike of Burlington, Kansas; Brother, Jimmy Baker of Harrisonville, Missouri; Sister-in-law, Joy (Cook) Lynch and husband David of Keller, Texas; Special friends Carol and Kevin Rowley of Chelsea, Oklahoma; daughters Debbie and Donna; 4 grandchildren; 10 great-grandchildren; his sweet little dog, April; and many, many other relatives and friends. A private graveside service is planned at the Woodlawn Cemetery in Claremore, Oklahoma. A celebration of Joe’s life will be held at the Chelsea Senior Center when conditions allow. Memorial contributions may be made to the Chelsea Senior Center and may be sent in care of Chelsea Funeral Home/Crematory, 601 Vine St, Chelsea, Oklahoma 74016.

The family of Joe Baker created this Life Tributes page to make it easy to share your memories.

“Just Joe” passed away peacefully at his home in Chelsea, Oklahoma...