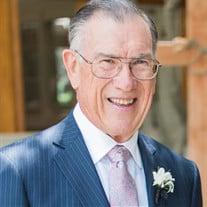 Larry Noel Conaway, age 75, of Claremore Oklahoma, passed away on Sunday, February 14th, surrounded by his family. Larry was a beloved husband, father, grandfather (Papa) and Great Grandfather, who dedicated his life to serving Jesus and as the Pastor of Central Christian Church for 52 years. Larry was born on January 31, 1946 in St Louis, MO to Noel and Velma (Cooksey) Conaway.  Larry attended Cherryville Schools and graduated in 1964.  He then attended the University of Missouri, later to decide to go to Ozark Bible College (now Ozark Christian College) in Joplin, MO to pursue his calling into Ministry.   He married his high school sweetheart, Gloria Grant Evers, in 1966, while continuing his education, graduating with a Bachelor of Theology in 1969.  While attending Ozark, he and wife Gloria, took a leap of faith to start a new independent Christian Church in Claremore.  Central Christian Church began on April 6, 1969, starting at the VFW, later to purchase the church property at 661 S. Brady. Larry considered himself blessed to have not only his paternal family, but also his church family.  Larry’s hobbies included construction, which resulted in building his own home that he shared with Gloria.  His favorite pastime was hiking and exploring God’s beauty throughout various parts of the country.  He loved being a Papa to his grands and great grands and would do anything for his family.  Those family members who survive include his wife Gloria of 54 years; his daughters Lisa and husband Troy of Brea, CA, Dana Dunnavant and husband Doug of Jacksonville, FL; his grandchildren Kiersten (Gardner) and husband Andrew Salinas of Katy, TX , Taylor Gardner, Tanner Dunnavant; and great grandchild, Jacob Salinas, along with a baby girl on the way; his brother Ken Conaway and wife Diane, and sister Sharon Howdeshell and husband Henry, and many nieces and nephews. Larry was preceded in death by his parents Noel and Velma Conaway. Those who wish to honor Larry’s memory with a memorial contribution may do so by contributing  to Central Christian Church, 500 S. Lynn Riggs Blvd, PO Box 393, Claremore, OK 74017

Larry Noel Conaway, age 75, of Claremore Oklahoma, passed away on Sunday, February 14th, surrounded by his family. Larry was a beloved husband, father, grandfather (Papa) and Great Grandfather, who dedicated his life to serving Jesus and as... View Obituary & Service Information

The family of Larry Noel Conaway created this Life Tributes page to make it easy to share your memories.

Send flowers to the Conaway family.