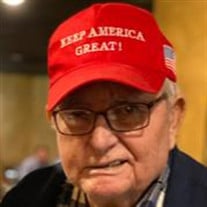 Funeral service for Leroy Bryant will be held at 2:00 p.m. Monday, November 9, 2020 at Inola First Baptist Church. Burial will follow at Highland Cemetery. Visitation will be held on Sunday, November 8, 2020, from 1-6 p.m., with family greeting friends from 4-6 p.m.   Leroy peacefully left his earthly body for his heavenly home on Wednesday, November 4, 2020, at the age of 88. He was a Christian man and faithful member of Inola First Baptist Church for over 45 years.   The son of Henry and Lizzie Baker Bryant, he was born February 18th, 1932 in Boston, Arkansas. He received his education there in a one-room schoolhouse. As a young boy, Leroy was instilled with a strong work ethic and had chores to do on the farm. As he grew older, he took a job working for a utility company clearing the right of ways, which was during the times of cross cut saws and axes; and over the next few years, worked for various places such as the railroad, a sawmill, a golf course, and Welch's grape factory.    When he was a young boy, he was teased about a little blond-headed girl that lived in Pettigrew, Arkansas, named June Seals. He met her again in 1948 at the local dirt floor movie house in Pettigrew and began dating her. They courted for many years, riding his horse as their mode of transportation. In 1952, Leroy was called to serve his country, and was drafted into the United States Army, serving during the Korean War. After his discharge in 1954, he returned home to Arkansas for a few months, and the couple eloped and was married in Tahlequah, Oklahoma on December 28, 1954. They made their first home in Tulsa, Oklahoma where he began working as a carpenter’s helper and they later had two children. Over the next several years Leroy perfected his craft, working on numerous homes in the Tulsa area.    In 1968 he moved his family to Inola, where he and his brother Marvin formed Bryant Construction.  They later formed LeMar homes and began building custom homes in the Inola and Tulsa area. They not only built homes, but they also raised cattle together for almost 40 years. Leroy and Marvin shared an office in Inola for many years and enjoyed visiting with family, friends, and local members of the community. After all the years of working together, they remained best friends. With their third brother Lester added to the mix, they were often referred to as “The Brothers” or “The Three Amigos.”  When Leroy officially retired, he spent most of his time relaxing, watching westerns, and spending time with his family.   He is preceded in death by his parents, Henry and Lizzie Bryant; wife June Bryant; son, Alan Bryant; sisters, Doris Walker, Violet Houdashelt, and  Elva Thacker; brothers, Alvie, Harold, Vance, Vernon and Lester Bryant, and grandson, Chris Bryant.   Survivors include his daughter, Angela Harris and husband Ronnie; grandchildren, Jan Long and husband Jerry, Angel Peska and husband Brad, Bradley Harris and wife Ashley, and Teresa Barber and husband Kurtis; great-grandchildren, Robert Forester, Levi and Dylan Long, Jillian and Cara Peska, Isaac Harris, Annie Towner, and Keegan and Nora Barber, and his youngest brother, Marvin Bryant. He will be missed by his sweetheart of many years, Fonda Callaway of Red Star, Arkansas, and friend Lois Ingram.

Funeral service for Leroy Bryant will be held at 2:00 p.m. Monday, November 9, 2020 at Inola First Baptist Church. Burial will follow at Highland Cemetery. Visitation will be held on Sunday, November 8, 2020, from 1-6 p.m., with family greeting... View Obituary & Service Information

The family of Leroy Bryant created this Life Tributes page to make it easy to share your memories.