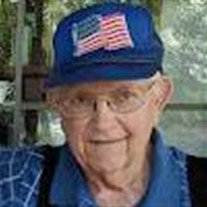 Lester Bryant, 85, passed away in his home with family at his side on Friday, January 24, 2020. He is survived by his wife, Joyce, of 62 years; his daughter, Shelia Humphrey and husband Earl of Virginia; his son, Dwayne Bryant of Inola; his grandchildren, Trip Humphrey and wife Jenni, Dwayne Humphrey and wife Jana, Nikki Johnson and husband Jeremiah; his great-grandchildren Rylee, Vera, Anna, and Ava; his brothers Leroy Bryant and Marvin Bryant; special family friend Terri Hunter; and numerous nieces and nephews. Born July 15th, 1934 and raised in Boston, Arkansas, to James Henry and Lizzie (Baker) Bryant, Lester attended school at Saint Paul School in St. Paul, Arkansas. He graduated with the class of 1951. Lester continued his education at a business school in Ft. Smith and, following his schooling, enlisted with the US Army and served his country during the Korean War.     After receiving an honorable discharge, Lester returned to Arkansas and began dating, Joyce, a young lady he had known all his life. On August 25, 1957 Lester married Joyce Pauline Thomas in a Huntsville, Arkansas ceremony. The couple began their lives in Tulsa, while Lester worked first at Sherwin Williams for a short time before he was hired on at Tidewater Oil Company in Bartlesville. He later started working at City Service and retired there in 1995.    Lester enjoyed many things, including hunting in his earlier years and square dancing. He and Joyce were even involved with a club that once took them all the way to England to dance. They also loved to travel in their RV and spent many miles seeing the country.  Family was the most important and he loved and cherished spending time with them.   Service for Lester Bryant will be held at Willieo Baptist Church on Wednesday, January 29, 2020, at 10 a.m.  Burial will be later the same day at 3:00 p.m. in Boston Cemetery, Boston, Arkansas.  Friends may visit at the funeral home on Tuesday, January 28 from 1-8 p.m., with family receiving visitors from 6-8 p.m.

Lester Bryant, 85, passed away in his home with family at his side on Friday, January 24, 2020. He is survived by his wife, Joyce, of 62 years; his daughter, Shelia Humphrey and husband Earl of Virginia; his son, Dwayne Bryant of Inola; his... View Obituary & Service Information

The family of Lester Bryant created this Life Tributes page to make it easy to share your memories.

Lester Bryant, 85, passed away in his home with family at his...