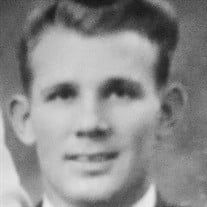 Service for Cotton Chaney will be 2:00 p.m., Thursday, October 28, 2021 at MMS-Payne Funeral Home Chapel, burial will follow at Oakhaven Memorial Gardens. Friends may visit at the funeral home on Wednesday, October 27, from 4pm-7pm. Cotton passed away on Saturday, October 23, 2021. He was 80. Noland Eugene "Cotton" Chaney was born at home on December 19, 1940 in Claremore, Oklahoma to Georgia (Gourd) Chaney and Lersgrove Harrison Chaney. He was a west side boy. He graduated from Claremore High School and then joined the Air Force in February of 1961. He served his country with a tour of duty in Vietnam. After receiving an honorable discharge he lived in Portland, Oregon for a couple of years before returning to Claremore. He married Randy Sue Burd on October 21, 1976 in Miami, Oklahoma. They lived most of their married life in the Keetonville area. They raised 5 children Michael Chaney, Tamatha Jean (Chaney) Rawlings, Terry Lee Bauser, Tommy Joe Bauser, and Tricia Pearl Bauser. He made his living as a carpenter. He could frame, pour concrete, or anything in between. He loved vacationing and attending the horse races with his wife, mother, and father-in-law, and sister-in-law. He kept everyone entertained with his crazy sayings. He also loved camping, fishing, golfing, and just being outdoors. He loved spending time with Hank, a goat who thought he was a dog. He chased cars and would jump in the wheelbarrow for Cotton to give him a ride. Cotton was preceded in death by his father, Lerskove Chaney, mother Georgia (Gourd) Chaney; brothers Douglas Chaney, George Chaney, and Doyle Chaney; sisters Bernice Bingham and Willia Mae Joes. Survivors include his wife Randy Sue of the home; his children Mike Chaney, Tamatha Jean (Chaney) Rawlings and husband Brad, Terry Lee Bauser, Tommy Joe Bauser, Tricia Pearl Bauser and significant other Paul Matthews; 19 grandchildren; 27 great grandchildren; and sister Wanda Oard.

The family of Noland Eugene "Cotton" Chaney created this Life Tributes page to make it easy to share your memories.