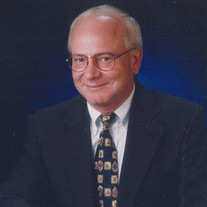 Claremore business owner, Carrol "Sam" Lynn Cowherd passed away Saturday, August 21, 2021, at Clarehouse Hospice in Tulsa. He was 73 years old. Memorial service will be 2:00 p.m., Tuesday at First Christian Church {Disciples of Christ} Claremore at Florence and 5th Street. The son of Murrell and Helen (Young) Cowherd was born July 5, 1948 in Weleetka, Oklahoma. He would spend the first part his childhood there. It was also during this time that he was introduced to Rev. Ron Sumter. who was with the First Christian Church. Through his guidance Sam became an active member of the church. He would help work in the office and was called upon often to sing solos in the choir. However a short time later Sam and his family moved to the Oologah area. There he would begin attending Oologah High School. He loved playing baseball and football. In fact he was the quarterback in 1965 when Oologah began playing 11 man football. During his time at Oologah Sam, met a couple of people who had a major impact on his life. Doc Bennett and John Merryman. They were both high school coaches who inspired Sam to attend college and follow his dream of teaching and coaching. After graduating in 1966 Sam continued his education at OSU and Northeastern, graduating from Northeastern in 1971 with a teaching degree in mathematics. His first job was back at his old stomping grounds of Oologah. There he would teach math and coach baseball. Eventually Sam gave up teaching and began working in the banking industry. Spending the majority of his time at First Federal Saving. It was there that he would first meet Rebecca Bolding. The two eventually began dating and married on February 18, 1995 in Eureka Springs. The newly wed couple continued living in Claremore, where Sam was a very active member of the community. Throughout his time in Claremore he worked as a builder, a real-estate agent, and banker before buying Spirits of 66 liquor store. He worked there religiously until his health no longer allowed, which was one month ago. During the years, Sam was extremely involved in his community, serving as President of the Rotary Club, Trustee of the Elks Lodge, treasurer for Legion Baseball, and also as a member of the Home Builders Association. He was also very involved in his church, Claremore First Christian Church. Sam had many hobbies throughout his life. He loved playing golf and watching Oklahoma State sports. He loved being around people, and hosting parties, pool parties in the summer were his favorite. Another favorite pastime was baseball. He watched lots of major league games, and even went to the baseball Hall of Fame when Nolan Ryan was inducted. He also enjoyed traveling to places such as Las Vegas and California wine country. He was an avid eater who would travel long distances in search of a great hamburger or great food in general. He was also a lover of dogs, especially his Jack Russell Terriers, Maris, Bella Blue, and Mazy May, and his Carin Terrier, Sadie Sue. Sam was preceded in death by his father, Murrell Cowherd Those left to mourn his passing are his wife; Rebecca, mother; Helen of Tulsa, brother; Kim and wife Sue of Edmond, brother; Kent Cowherd of Cape Cod, step son; Jason Sims and wife Ashley of Colorado, bonus daughter; Amy Cope, and several loved nieces and nephews. Memorial contributions may be made to Claremore Baseball Booster Club, PO Box 1523, Claremore, OK 74018. View and sign Sam's online memorial at www.mmsfuneralhomes.com.

The family of Sam Cowherd created this Life Tributes page to make it easy to share your memories.

Send flowers to the Cowherd family.