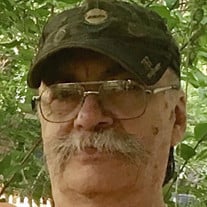 Wayne Leroy McBeath went to be with the Lord on Sat., September 26, 2020, at the age of 71.   Wayne was born in Claremore, OK on October 3, 1948 to William Wilson McBeath, Sr. and Thelma Mae (Pritchard) McBeath.     Wayne graduated from Claremore High School in 1966. He attended the Oklahoma Military Academy prior to entering the United States Marine Corp in October of 1967. He served in the Marines for 4 years, including a tour of duty in Vietnam; during his service he reached the rank of Sergeant. After serving in the Marines, Wayne attended the University of Oklahoma and went on to attend the University of Tulsa where he obtained his law degree in 1980. With his Juris Doctor degree, he practiced law in Mayes County as Assistant District Attorney. Throughout his life he pursued other career avenues including those in gold and numismatics, the building of cooling towers and self-employed interests.   Wayne always enjoyed spending time visiting with family and friends and loved his cat, Daisy Mae. He was an avid football fan, especially college football, and the University of Oklahoma’s team in particular. Wayne especially enjoyed fishing (fresh water and deep sea), hunting (black powder and bow), and crossing the country and camping in his van. He was a member of the Oklahoma Bar Association, the Oklahoma Gold and Numismatic Association, and a lifelong member of the First United Methodist Church in Claremore, Ok.    Wayne was preceded in death by his parents, his brother, William Wilson “Bill” McBeath, Jr.; his uncles and aunts, Virgil (Mary Alice) McBeath and Roy (Connie) Pritchard.   Wayne is survived by his sister, Barbara A. McBeath of Pahala, Hawaii; brother, Douglas E. (Carolyn S. Cowan) McBeath of Collinsville; nieces: Holly Marie (Sam) Melton of Tulsa, Hannah Renae (Joern) Andresen of Oologah, Rachel Sue (Stephen) Dockum of Sand Springs, and Julie Ann (Michael) Beall of Sand Springs; great-nephew by marriage, Colby Wilson, numerous cousins, friends, and a devoted companion of 10 years, his kitty named Daisy Mae. He is greatly missed by all.   Visitation will be held at the MMS-Payne Funeral Home in Claremore, OK on Thurs. from 1-8 p.m. Family will greet friends from 6-8 p.m. Funeral service for Wayne Leroy McBeath will be 10 a.m. on Fri., October 2, at the funeral home with Pastor Ray Crawford officiating. Graveside service with military honors by the United States Marine Corps will be held at 3:00 p.m. at Mount Comfort Cemetery, Springfield, MO.   In lieu of flowers, the family requests donations be sent to the First United Methodist Church of Claremore, Oklahoma in memory of Wayne, L. McBeath.   First United Methodist Church of Claremore 1615 N. Highway 88 Claremore, OK 74017   The family requests social distancing and wearing masks for all events.

Wayne Leroy McBeath went to be with the Lord on Sat., September 26, 2020, at the age of 71.   Wayne was born in Claremore, OK on October 3, 1948 to William Wilson McBeath, Sr. and Thelma Mae (Pritchard) McBeath.     Wayne graduated... View Obituary & Service Information

The family of Wayne Leroy McBeath created this Life Tributes page to make it easy to share your memories.

Wayne Leroy McBeath went to be with the Lord on Sat., September...

Send flowers to the McBeath family.