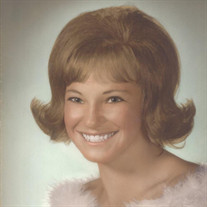 Edith “Maxine” Leach Still Robichaud was born at home, in Mayes County, on May 23, 1952. Maxine was the baby of 8 children, born to Marion Leroy Leach and Gracie Melvina Gillum Leach. Maxine graduated from Claremore High School in 1970. Shortly after graduating, Maxine married Jerl “Jerry”Jackson Still. The couple moved to Amarillo, Texas where they lived for many years. While in Amarillo, Jerry secured a job with the Dallas Fort Worth Airport and worked there until his retirement. They eventually bought a home with eleven acres and a feed store in Alverado, Texas. At Alverado they set about building a farm life. They had cattle, chickens, pigs, goats, dogs, pheasants a pot belly pig named Maya Lee and Maxine’s favorite, a little Chihuahua dog named Queenie. They made a garden every year and canned or gave away their produce and their eggs. While at work one day, they lost their home in a fire. Jerry and Maxine, not to be defeated, lived in the feed store while building a house and with the help of friends, soon had a home again. During their marriage Maxine worked for Nationwide Insurance, a bank in Dallas and drove a school bus. After retirement she volunteered at Brighter Side Christian Academy where she and Jerry attended church and volunteered at the school. Jerry did all the maintenance and Maxine took care of the paperwork for the school. After Jerry’s death, Maxine sold the cattle and farm equipment, but stayed on the farm. Two years later she met and married J.R. Robichaud. They had a wonderful few years together until his death in 2006 from crohn’s disease. She said J.R. made her so happy. She didn’t know she could be that happy. They loved to travel and her favorite trip was going to Boston to see J.R.’s dad. They came to Oklahoma often to see Maxine’s family. Their philosophy in life: Work hard, make money, spend money, work hard and make more money. Maxine was usually referred to as Mackie or Max, and sometimes affectionately called spoiled brat by her siblings, to which she would respond “ it’s your fault”. Shortly after J.R.’s death, Maxine moved back to Claremore where her niece Raelynne became her go to for help. Because of Rae’s health, Gwen took the reins and has been her care giver for the last 3 years. Maxine’s brothers were also of much help to her the last several years. Maxine never had children of her own but she helped raise many nieces, nephews, great nieces and nephews and great-great nieces and nephews. Maxine loved kids and several of these children lived with her for extended periods of time but Kyler was the one who really stole her heart. It seemed nothing was too much. When Sister Lucille became ill, Maxine took her into her home until her passing. Maxine is preceded in death by both husbands, her parents, two brothers, Joe and Olen Leach, sister Lucille Gaghins, whom she took into her home and cared for until her death, brother-in-law, James Gaghins and nephews, Coree Campbell and Ayden Tennyson.. She is survived by her siblings, Autry leach and Sherry, Margaret Cavalier and Jim, Neoma Inman and Don, Chester Leach and Kathy and sister-in-law Freda Leach. She is also survived by her Nieces and nephews, especially Stormee, Caiden, Kaylee, Kyler, and Gwen.

The family of Edith Maxine Robichaud created this Life Tributes page to make it easy to share your memories.

Send flowers to the Robichaud family.