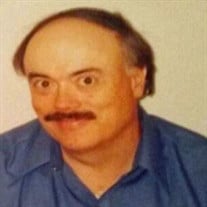 Gene McNutt, age 70, of Chelsea, Oklahoma, was born August 30, 1951, in Oklahoma City, Oklahoma, the elder of two sons born to Ross and Juanita (Hall) McNutt. Gene's lifelong love of books began as a child, and helped him acquire the vast knowledge for which he was known. He excelled in all his pursuits, including sports and music. He was a member of a championship baseball team and became an avid golfer, winning several long-drive contests. He was an incredible jumper and volleyball player. In high school, he achieved top awards as both a vocalist and musician, and his love of music continued throughout his life. After graduating from Oklahoma City University with philosophy and religion his major studies, Gene received ministerial credentials from Southern Methodist University. Following his strong Christian faith which began in childhood, he pastored Methodist churches in New York and Virginia. Gene was a brilliant theologian and bible scholar. His ministry focused on biblical teachings, and not necessarily on what was popular or traditional. Gene was always kind, patient, and thorough, and he became expert in biblical instructions for divine healing. After pastoring his churches, Gene returned to Oklahoma and lived his remaining years in Chelsea to be near his brother. In those years, Gene took many doctoral classes at Oral Roberts University, and he was active in church, where he often helped teach. Gene was an honest man of strong convictions, and he would not hesitate to point out any beliefs that strayed from biblical principles. Gene passed peacefully to his heavenly home on October 10, 2021. He is survived by his brother, Ike, and his wife, Shelia, of Chelsea, nephew Matthew Wilson, of Tulsa; nieces Elizabeth Fry and family, of Broken Arrow, and Julie Clinton and family, of Chelsea; and many relatives and friends. Funeral service will be 11:00 a.m. on Friday, October 15, at Christ United Methodist Church in Tulsa, Oklahoma. A graveside service at Beggs Cemetery will follow at 2:30 p.m.

The family of Gene McNutt created this Life Tributes page to make it easy to share your memories.

Send flowers to the McNutt family.