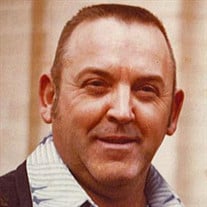 Funeral service for Herman Most will be held 11:00 a.m., Friday, January 15, 2021 at the First Christian Church of Chelsea with pastor Richard Billings officiating. Burial will follow at Chelsea Cemetery. Visitation will be held on Thursday, January 14, 2021 from 1-8 p.m. with the family greeting friends from 6-8 p.m. at the Chelsea Funeral Home. Herman Leroy Most passed away on Thursday, January 7th, 2021 in Vinita at the age of 89. The son of Ernest and Pearl White Most, Herman was born on September 5th, 1931, in Chelsea.  He was raised just northeast of town on the family farm. At a young age, Herman was instilled with a strong work ethic.  Every morning before heading off to school, Herman made sure that all of his chores were completed.  After completing a few years of school at Oak Grove, Herman began attending Chelsea schools.  In high school, he began participating in baseball and football.  In fact, it was the football coach who gave him the nickname of "Crazy Legs".  Supposedly, he ran so fast that his legs looked like they were going in many different directions. After graduating high school in 1949, Herman continued his education at Oklahoma A&M University in Stillwater.  However, all the time spent away from the farm began to take its toll on Herman.  He decided to leave school and return to what he loved. When he returned home,   Herman rekindled his relationship with Shirley McMullin.  They married on October 25, 1951.  Staying true to their roots, Herman and Shirley made their home in rural Chelsea for 58 married years before her passing.  As do most farmers and ranchers, Herman worked outside of the farm as well. In the winter months he would deliver Propane for Wilfred Terry.  For many years he was an over the road truck driver for companies such as American and Elliott. He was also a member of the Teamsters Local Union No. 886 and the Adair Masonic Lodge. Eventually, Herman would leave the truck driving behind and focus on growing his cattle operation.  He started by raising Herford cattle, but in the early 1980's he purchased a Limousin bull and founded Most Limousin.  As the years went by and many things changed, Herman stayed true to country roots.  Every summer you would find him, baling and hauling hay.  When the winter set in, he would be found putting out hay in his favorite John Deere tractor.  In fact, until he hurt his knee a few months ago you might find him fixing fence or tending to anything else that needed attention.   However, Herman did find time to enjoy many activities. He loved visiting with friends and neighbors…  always looking to tell or listen to a good story or two. He was proud to see his sons carry on his passion of football during their school years. He loved watching his grandchildren and great-grandchildren playing sports of any kind and showing Limousin cattle, horses and rodeoing. He even liked to attend country concerts with friends or a trip to Braums for ice cream.  He is preceded in death by his parents, Ernest and Pearl, and wife Shirley.  Survivors include his children, Medra Volpi and husband Michel, Larry Most and Ricky Most; grandchildren, LaQuesta Most, Aubrey Most, Sarah Smith and husband Brooks, Tristan Volpi and wife Vharie Carter, and Mariah Hutchens and husband Kevin, and Ashley Berend and husband Ty Daniels, great-grandchildren, Call Tipton, Rogerick Bowman, Jaxon Most, Kynli Hutchens, Jett Smith, Sawyer and Hudson Lawhorn, and Kambri Hutchens, Hadlee Daniels; brother, James Most and wife Laura; nieces, JoJo Verardo, and Jill Vomacka . Amongst the survivors are many other distant relatives and friends whom will greatly miss Herman.  View and sign Herman's online memorial at www.mmsfuneralhomes.com.

Funeral service for Herman Most will be held 11:00 a.m., Friday, January 15, 2021 at the First Christian Church of Chelsea with pastor Richard Billings officiating. Burial will follow at Chelsea Cemetery. Visitation will be held on Thursday,... View Obituary & Service Information

The family of Herman Most created this Life Tributes page to make it easy to share your memories.

Send flowers to the Most family.