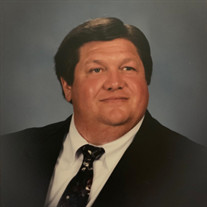 Funeral service for James Baldwin will be 1:00 p.m., Wednesday, June 39, 2021 at First Baptist Church, Inola, Oklahoma. Friends may visit at the funeral home on Tuesday, June 29 from 2pm -8pm, with family receiving visitors from 6pm-8pm. James Leon Baldwin passed from his earthly life and into his heavenly home on Wednesday, June 23rd, 2021 at the age of 69 years. The son of Everette Miles and Leavia Wofford Baldwin was born in Miami, Oklahoma August 10th, 1951. Jim grew up in Miami, graduated from Miami High School, attended Northeastern Oklahoma A&M Miami and received his Bachelors and Masters of Education degree at University of Oklahoma, Norman. While attending NEO A&M, Jim met his future helpmeet in life, Marlene Susanne Jantzen. They were involved in the Student Union Ministry while they were dating. They were married August 6, 1971 at Northwest Baptist Church Miami before moving to Norman to begin their journey in life together. They were married for 49 wonderful years. The Lord blessed their union with two sons, David and Jonathan. While attending Oklahoma University, the Lord called Jim into part-time Youth and Music Ministry. Jim taught and coached athletics in the Norman Middle Schools. He later took a position as Principal at Oakdale Public Schools OKC. During his employment at Oakdale, the Lord called Jim into full-time ministry. Jim served as Youth, Music, and Education Minister at Banner Baptist Church, Lindsey; First Baptist Washington; First Baptist Noble; then full-time at Emmanuel Southern Baptist, Edmond; Sunnylane Baptist, Del City; Faith Baptist, Claremore; First Baptist Verdigris, and First Baptist Inola. Early on, the Lord laid on Jim’s heart a love for young people, Sunday School growth, and the joy of leading the great old Hymns and gospel music, directing numerous adult, youth, and senior choirs. Summers were filled with Falls Creek, adult retreats and choir trips where everlasting memories were made. The last few years as his health declined, the Lord drew him into writing commentaries for Sunday School Lessons. He enjoyed studying and sharing the truths of God’s Word and encouraging others in their God-given gifts and talents. Sharing his faith, providing encouragement, and seeing lives change in Christ Jesus always set his soul afire. Devoted to his home and family life Jim made it a priority for fun, lots of laughter, story-telling, home cookin’, and fellowship and prayer. His one and only granddaughter Kenslee Marie, held a very special place in his heart and brought him many smiles, joys, and hugs. Raised in a Christ centered home, Jim continued in his parents’ footsteps by making sure his family served the Lord. He is preceded in death by his father and mother Everette Miles and Leavia Wofford Baldwin. His daughter-in-law Joy Marie Baldwin, and many faithful aunts and uncles who served the Lord. Jim is survived by his wife of 49 years, Marlene Susanne of the home; son, James David and his wife Kendra; granddaughter, Kenslee of Owasso; son, Jonathan Andrew and his wife Tammy of Inola; brother, Miles and his wife Amy of Fort Worth, TX; nephew, Joey Baldwin; niece, Susie Johnston; niece, Stephanie Sanchez. Jim will be buried at Ottawa Indian Cemetery, Miami Oklahoma Those who wish to honor Jim with a memorial contribution may contribute to Inola First Baptist Church Missions, 500 East Commercial Street, Inola, Oklahoma 74036. “For to me, to live is Christ, and to die is gain.” Philippians 1:21

The family of James Leon Baldwin created this Life Tributes page to make it easy to share your memories.

Send flowers to the Baldwin family.