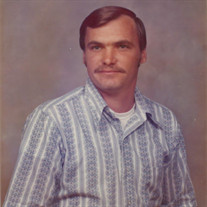 Jerry E. Quisenberry passed away August 2, 2020.  He was born on October 5, 1945 to Elvis and Alma Quisenberry.  He attended high school at Canton, Oklahoma.  He joined the Army in 1962.  After basic training he was sent to Germany for the remainder of his service. In 1965 he was honorably discharged from active service with the rank of Sargent E-5. Jerry went to work for Southwestern Bell in 1965 in Springdale, Arkansas.  In 1996 Jerry married Elois Nelson.  He later transferred to Woodward, OK.  He worked in several locations in Oklahoma, majority of those years in Clinton. In 1986 they moved to St Louis Missouri for a four year special work assignment.  They returned to Oklahoma City in 1990 after which he took early retirement from Southwestern Bell in 1991 after 26 years with SBC. Jerry then went to work for Wil Tel in Tulsa, Oklahoma which later became MCI, then WorldCom then finally Verizon from where he retired in 2011. Jerry was an adventurer, he raced motorcycles, stock cars and chief mechanic for his son's Odyssey racing.  Mark and Jerry raced several state and national series including traveling to California for a national series championship race.  He loved snow skiing, fishing, boating and water skiing.  He enjoyed many outdoor activities especially hunting trips with his family.  After retirement his wife and he traveled to many state and national parks in their RV to enjoy camping, hiking and Jeeping.  One of his greatest loves was competition shooting and the fellowship with his beloved shooting family.  He became quite proficient in gunsmithing, helping many shooting friends with their custom builds.  He was a gifted mechanic and all round Mr Fixit for many of his neighbors and friends.  He will be greatly missed. Jerry was proceeded in death by his parents and sister Elaine Titus.  He is survived by his wife Elois after 54 years of marriage, his daughter Jeri Jones of Broken Arrow, son Mark of Claremore and grandson Jared.  His sister Evelyn Hussey and Della Hampton of California, Darlene and husband Dennis Conner of Woodward OK, and brother John and wife Connie of Watonga OK and many nephews and nieces. The family request that in lieu of flowers donations be made to the American Cancer Society. Donations can be made at https://www.cancer.org View and sign Jerry's online memorial at www.mmsfuneralhomes.com.

Jerry E. Quisenberry passed away August 2, 2020.  He was born on October 5, 1945 to Elvis and Alma Quisenberry.  He attended high school at Canton, Oklahoma.  He joined the Army in 1962.  After basic training he was sent to Germany for... View Obituary & Service Information

The family of Jerry Elvis Quisenberry created this Life Tributes page to make it easy to share your memories.

Send flowers to the Quisenberry family.