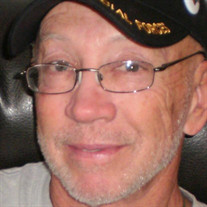 Jesse James McAlister, Jr. (Jim) of Claremore, Oklahoma, passed away December 28, 2019, at the age of 71. Jim was born June 25, 1948, in Monticello, Utah to Beverly (Christensen) and Jesse McAlister. After his parents divorced, Jim moved to Chelsea, Oklahoma, with family and Step-dad, Lee Stroud. Jim graduated from Chelsea High School in 1966. Jim served in the 82nd airborne division, and graduated from Northeastern State University. In 1973, he married Regina "Gail" Parks. They were married for 28 years and had four children. Jim loved to fish, shoot guns, and read. He made the best chocolate chip cookies and guacamole! Jim is survived by his daughters, Jaime and Jennifer, son Patrick and wife Lyndsey, daughter-in-law Julie, several grandchildren, sisters Leslie Wojcik and husband Tony, and Michelle Kohler and husband Steve, as well as nieces and nephews and many lifelong friends. He is preceded in death by his son Kyle, father Jesse, mother Beverly Stroud, and Step-father Lee Stroud.

The family of Jim McAlister created this Life Tributes page to make it easy to share your memories.

Send flowers to the McAlister family.