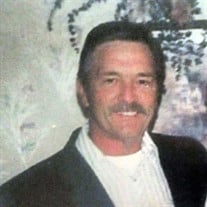 Services for Jimmy Doyle Baker will be held 2:00 p.m, on Tuesday, April 5, 2022 at the First Baptist Church of Mazie. Visitation will be held on Monday, April 4, 2022 at the Inola Funeral Home from 6-8 p.m. Jimmy Doyle Baker passed away on Thursday, March 31, 2022, at the age of 77. The son of Alton and Lanelle Hammett Baker was born February 11th, 1945 in Houston, Texas. He was raised in Kilgore, Texas, where he attended Kilgore High School, graduating as a member of the class of 1963. Upon graduating Jimmy began his long working career as an over the road truck driver. After several years in Texas, Jimmy decided to move to Oklahoma, settling in the Tulsa area. It was there in 1978 that he would meet Kathy Ferguson. They would begin dating, and married on April 3, 1980. A few years later the couple would move to Inola. In 2001 after many years of working for other companies, Jimmy and Kathy started First Step Trucking. Together they were team drivers who drove many miles together across the U.S.A. Although Jimmy retired from driving in the mid 2000's, he and Kathy still own and operate the company. In his spare time Jimmy had many hobbies and past times. He enjoyed fishing, riding motorcycles and 4wheelers, and working at his home. However most of all he enjoyed spending time with his children and grandchildren. He is preceded in death by his parents, Alton and Lanell Baker and brothers, George, Donnie, and David Baker. Survivors include his wife, Kathy Jo Baker; sons, Russell Baker and wife Tracie, Billy Baker and wife Darlene, Jeff Baker and wife Kristine, Jimmy Baker and wife Misty, Mark DeMaro, and Mike DeMaro; daughters, Carmen Nelson and husband Keith, Chrissy Gibson and husband John, and Tina Wilcox; 32 grandchildren and 36 great-grandchildren.

The family of Jimmy Doyle Baker created this Life Tributes page to make it easy to share your memories.