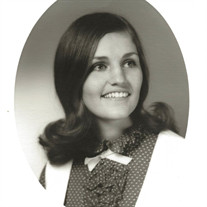 Judith Marie Hess was born on July 19, 1949 to J.D. and Vivian Allen of Collinsville, Oklahoma. She was the fifth of their eight children, five boys and three girls. Judy was married for 51 years to Lawnie Hess, Sr. of Chelsea. Judy is survived by her spouse and three grown children Lawnie Ray Hess, Jr., Tisha Marie Alkaabi, and Amanda Mae Coe. Lawnie and Judy have nine grandchildren, six great-grandchildren, and three more great-grandchildren on the way. In addition to being a devoted wife and mother, Judy worked as a dental assistant for Dr. Joe Maltsberger in Oologah for many years. In 1987, she accepted co-guardianship of her developmentally disabled brother and was a member of the Parent Advisory Committee of the Home of Hope in Vinita. Several years later she accepted guardianship of another developmentally disabled “brother.” Judy was a member of the Oologah Chamber of Commerce and served as their public relations coordinator for six years. Her finest hour in that role came after the tornado of April 26, 1992, when she was one of the most visible representatives of the Oologah Disaster Relief Fund. From dawn until dusk, she worked tirelessly from the chamber office to get aid to those in need, organize a tornado seminar to ease the community’s stress level, and organize a support group to meet the needs of those working to rebuild the physical and emotional aspects of their lives. Judy was a member of St. Cecilia’s Catholic Church in Claremore, where she was a eucharistic minister and a member of the worship committee. Judy was a devout Catholic who strived to walk closely with God. Everyone who knew Judy knew of her love for the Lord. She was always eager to share her faith in God and wanted everyone to come to know Him as she had. He was her Anchor, her Savior. Although her physical presence is gone, Judy will always be remembered with love and respect. Her strong faith and continuous peace in the face of great suffering has strengthened us all. In lieu of flowers, memorial offerings can be made in Judy’s name to Home of Hope in Vinita, Neighbor for Neighbor in Tulsa, or Catholic Charities.

Judith Marie Hess was born on July 19, 1949 to J.D. and Vivian Allen of Collinsville, Oklahoma. She was the fifth of their eight children, five boys and three girls. Judy was married for 51 years to Lawnie Hess, Sr. of Chelsea. Judy is survived... View Obituary & Service Information

The family of Judith Marie Hess created this Life Tributes page to make it easy to share your memories.

Send flowers to the Hess family.