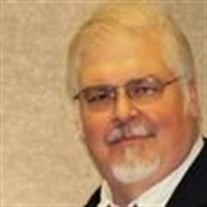 Kenneth Eugene Cook was born to L.E. and Bonnie Cook on July, 21,1954, in Kansas City, Missouri. He departed this life on January18, 2022, at the age of 67 years and 6 months. In 1965 his family moved from California to Inola, OK. Ken graduated from Inola High School in 1972. He was proud to be a member of Inola’s first football team, playing center his junior and senior years. He met Vickie Lee Chadwell his junior year of high school and they married on March 24th, 1973. They would have celebrated their 49th anniversary in March. Ken continued his education at OSU Okmulgee, specializing in electricity and electronics. He then received his associates degree from Oklahoma State University. Ken took great pride in encouraging and supporting every one he knew to reach the highest education and success they could achieve. Ken had his first job as a young boy, taking on the responsibility of helping support his family in many possible ways. He continued on this path of responsibility through high school, college, and married life. His first job after graduation was an electronic tech at N-REN, a nitrogen plant in Pryor, where he was employed for over ten years. His dream job became possible when he was hired by Honeywell in 1991, starting as a tech and reaching Senior Service Manager in 2000. One of Ken’s greatest personal accomplishments was his work for Honeywell and the friends he gained along the way. Ken retired in 2015 and began vacationing and enjoying time with Vickie, family and friends. He loved watching his children, grandchildren, nieces and nephews in any sport or activity. Ken invested many hours in “ back porch talks”, often while playing a game of darts. He also enjoyed traveling, family get-togethers, golfing, bowling and watching football games. His greatest skill was the ability to argue any side of any argument and negotiating everything. Ken is survived by his wife Vickie, two sons and one daughter. Chad Cook and wife Cary, Jason Cook and wife Jacie, Laura Clary and husband Bobby (all of Inola). Six grandchildren: Chloe Charrier and husband Cody, Taylor Cook, Colby Cook, Cole Cook, Blaine Clary and Elijah Clary. Siblings, Marjory Dotson, Joyce Ward and husband David of Cleveland, OK, Jane King of Tulsa, Christy Thompson and husband Ken of Adair, and Russell Cook of Winter Springs, FL. Sisters-in-law: Lisa Armstrong and husband Cecil, Anita Morris and husband Dwight (both of Catoosa); as well as, numerous nieces and nephews. Welcoming Ken home were his parents, Lowell (L.E) and Bonnie Cook.

Kenneth Eugene Cook was born to L.E. and Bonnie Cook on July, 21,1954, in Kansas City, Missouri. He departed this life on January18, 2022, at the age of 67 years and 6 months. In 1965 his family moved from California to Inola, OK. Ken graduated... View Obituary & Service Information

The family of Ken Cook created this Life Tributes page to make it easy to share your memories.

Kenneth Eugene Cook was born to L.E. and Bonnie Cook on July,...

Send flowers to the Cook family.