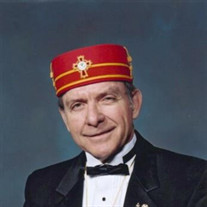 Kenneth William "Billy" Donley 78, of Claremore, OK passed peacefully from the bonds of this earth into the arms of his Lord on January 10, 2022. He was born June 12, 1943, in Price City, Utah, to Linnie Virginia Donley née Strange and Kenneth Inman Donley. He grew up in Texarkana, AR and he attended Arkansas High School where he met the love of his life Ollie Virginia Whitehead. He graduated in May 1961 and enlisted in the United States Air Force in December. He was a communications and radar airman. He was active duty until December 1965. He served an additional two years in reserve. On April 8, 1967, he married Ollie Virginia Whitehead. They eventually settled down in Lewisville, AR was manager of the Naval Space Surveillance Station. On July 30, 1971, they welcomed their first child Donna. On June 7, 1975, they welcome a second child Dianna. He went work for Rockwell-Collins in 1977 where he was part of group sent to Saudi Arabia to build and install a satellite system of the King of Saudi. He and his family relocated to Plano, Tx in 1978. In the 80s he went to work for Dalsat. It was here he had the honor of being part of the team that provided transportable satellite dishes to assist the with the landing of the space shuttle Columbia in White Sands, NM at the completion of the STS-3 mission. He would relocate in 1990 to Tulsa, OK to work for the Williams Companies. He and his family eventually settled in Claremore, OK. He retired in 2003. He was active member of the Masonic Lodge. He was Past Master of Will Rogers # 53 and Gene Autry Catoosa Lodge #185. He was a member of the Valley of McAlester Scottish Rite, Tulsa York Rite and Akdar Shrine. He is survived by his two Daughters of the home Donna Yvonne Donley and Dianna Virginia Donley He was proceeded in death by his beloved wife Ollie Virginia “Ginny” Donley, mother Virginia Donley, brother Henry Sam Donley and sister Patty Virginia Donley. A memorial and celebration of his life will be held January 18, 2022 at 3:30pm at MMS Payne funeral home. In Lieu of flowers the family ask that donations be made to either Akdar Shrine, Akdar Shrine Transportation Fund or The American Diabetes Association.

Kenneth William "Billy" Donley 78, of Claremore, OK passed peacefully from the bonds of this earth into the arms of his Lord on January 10, 2022. He was born June 12, 1943, in Price City, Utah, to Linnie Virginia Donley née Strange and Kenneth... View Obituary & Service Information

The family of Kenneth William Donley created this Life Tributes page to make it easy to share your memories.

Send flowers to the Donley family.