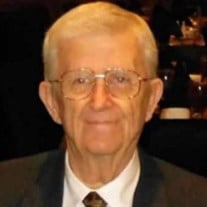 “Loved by most, Tolerated by a few” – Lesley Coker. Lesley Howard Coker, age 85 of Catoosa Oklahoma, passed away on April 17, 2021. Lesley Howard Coker was born on February 12, 1936 in Delaware, Oklahoma to Douglas Turner Coker and Lenoris Emma (Wilcox) Coker. He grew up in a very large extended family in NE Oklahoma. Lesley graduated in 1954 from College High in Bartlesville and married Deanna Beth McClellan on April 8, 1957 in Bartlesville. He was a devoted family man and a born salesman who wore many hats throughout his life. He left an enduring impression with all of those that he interacted with. He always was quick to a joke and had a catalog of one-liners, dubbed “Les Coker-isms” by his family. Les enjoyed spending time with his parents and many aunts and uncles on Monkey Island at Grand Lake and driving the back roads of beautiful Northeastern Oklahoma. Lesley was a proud citizen of the Cherokee Nation of Oklahoma (Federally recognized tribe) and enjoyed the history and heritage of his lineage. He was a good man. Those left to cherish his memory include his wife of 54 years Deanna, his daughter Kelli Elaine, his daughter Lorie Coker McElhaney and son-in-law David of Santa Fe, N.M., his son Russell David Coker of Houston, TX., and his daughter Jamie Nan (Coker) Ferguson and son-in-law James of Catoosa. He will also be greatly missed by his 4 grandchildren Erick, Jessica, Kevin, and Kendall. He was very influential in their young lives. He is also survived by his sister, Phyllis Jean (Coker) Madison and her husband Wally of Grove, Oklahoma. He was preceded in death by his parents Douglas Turner Coker and Lenoris Emma (Wilcox) Coker. Private family arrangements are pending.

The family of Lesley Howard Coker created this Life Tributes page to make it easy to share your memories.

“Loved by most, Tolerated by a few” – Lesley Coker.
Lesley Howard...

Send flowers to the Coker family.