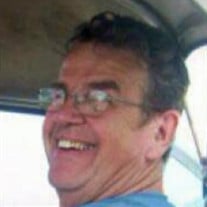 Service for Mark Bennett Newman will be 11:00a.m., Thursday, November 9, 2017 at East Side Christian Church; Tulsa, Oklahoma, burial will follow at Rose Hill Cemetery. Friends may visit at the funeral home on Wednesday, November 8, from 1:00p.m.--8:30p.m., with family receiving visitors from 7:00p.m.-8:30p.m. Mark passed away on Thursday, November 2, 2017. He was 71. Born October 24, 1946 in Tulsa, Oklahoma to Richard O. Newman, Sr. and Betty Lou (Bennett) Newman, Mark grew up in Tulsa, attending school at Lee Elementary and high school at Tulsa Central. He graduated with the class of 1965. Following graduation, Mark began college at OSU, then in 1966; he was drafted in the US Army and spent the next 3 years serving his country. During his time in the military, Mark rose to the rank of 1st Lieutenant. On July 8, 1967 he married the love of his life, Cheryl Sue Walker, a girl whom he met at Lee Elementary. After his honorable discharge, he returned to OSU and finished his degree and graduated in 1972. His work career began with a steel company, later he took employment with Combustion Engineering, which took the family to the oil fields in Wyoming. During this time, Mark and his family moved to Colorado and back to Wyoming. In 1983 the family moved back to Tulsa and Mark started a construction company, building homes. Then in 1989 he began seminary at Phillips Theological Seminary. He had finally found his life’s calling. Mark’s first church call was East Side Christian Church as Minister of Visitation and Membership Development. He then was called to First Christian Church in Monongahela, Pennsylvania. He pastored there until 1995, moving to First Christian Church in Claremore. In 2007, he was called to the church in Pryor, First Christian-Presbyterian Church. Mark retired December 31, 2011. Mark was extremely passionate about the Emmaus program. He served several years as the spiritual director for both the Green Country Emmaus community and the Green Country Chrysalis community. Mark also was very involved in Camp Christian located in Chouteau as a youth camper, camp counselor and camp director. Mark was a good-humored man who once joked, “I want my funeral to be by invitation only…with a free admission coupon in the newspaper.” He was loyal, patient, sometimes stubborn and highly dedicated. Mark enjoyed time away from work being with his family. He enjoyed the peace and tranquility of being on the Oklahoma lakes, in fact he named his boat "Visitation". He loved teaching his children and their friends how to water ski and always used his famous quote, "Hold on Tight and Follow Me". Mark was preceded in death by his parents and granddaughter Moriah Newman. Family members that survive include wife Cheryl Walker Newman, his loving bride of 50 years and daughters Lori Newman Flaherty, Cari Newman Fryman (Robert), Megan Newman and son Matthew Newman (Rachel). Mark had seven living grandchildren: Kelsey and Talon Flaherty, Jeffery and Mark Pittman, Faith and Anabel Morrissey, and Maximus Newman. He also had two great-granddaughters, Emi Antonio and Samantha Petroff and a great-grandson, Elias Petroff due in January 2018. He will be dearly missed by his sister, Linda Weathers of Tulsa and brother Richard O. Newman, Jr. and wife Janet of Tennessee. Mother-in-law, Mary W. Walker of Texas, sister-in-law, Marylea Byrd of Maryland, brother-in-law, James Walker of Texas, several nieces, nephews, and cousins. View and sign Mark’s online tribute at www.mmsfuneralhomes.com

Service for Mark Bennett Newman will be 11:00a.m., Thursday, November 9, 2017 at East Side Christian Church; Tulsa, Oklahoma, burial will follow at Rose Hill Cemetery. Friends may visit at the funeral home on Wednesday, November 8, from 1:00p.m.--8:30p.m.,... View Obituary & Service Information

The family of Mark Bennett Newman created this Life Tributes page to make it easy to share your memories.

Send flowers to the Newman family.