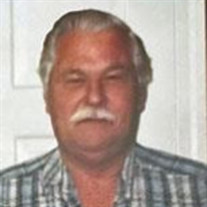 Paul Johndrow, also know as Johnny was born in Norwich, Ct. on January 9, 1938. He went to be with the Lord on January 29, 2022 at the age of 84 years. Paul is survived by his wife of 61 years, Kay Johndrow and his three children: Son Paul Johndrow Jr. of Marshall Tx. and his two daughters Dawn Jamieson of Tulsa, OK and Commander Kari Johndrow-Casey of California, Md. His 8 grandchildren and their spouses: Misti Stanley and her husband Joshua Stanley of Jay, OK, Eric Baker of Claremore, OK, Cory Baker of Broken Arow, OK, Kyle Baker and wife Brittany Baker of Verdigris, OK, Jaclyn Johndrow of Broken Arrow, Ok, Michael Casey of Tulsa, OK, and Jonathan Casey of Broken Arrow, OK. 10 great grandchildren Miranda Stanley, Dilan Stanley, Mackenzie Stanley, Dominic Stanley, Mia Stanley, Mykelti Stanley, Meliah Stanley, Dax Stanley, Annalee Baker, and Kylee Baker. Paul was proceeded in death by his father Harold Johndrow, his mother Alice Sandberg Johndrow, his brother Harold Johndrow Jr. and his sister Doris Duretta. Paul joined the Marines at the age of 17 and served his country for four years. He was stationed in California where he met his wife, Kay. They were married on June 24, 1960 and lived in Westminster, CA where they raised their three children. Paul moved his family to Claremore, OK in 1979 and has lived there for the past 42 and half years. Paul worked in the printing industry as a pressman and retired in 2000. Paul loved attending church at Verdigris Assembly of God in Claremore, OK. Paul was very proud of being a Marine and was a member of the Claremore branch of the Marine Corps League. He served his community through them. He was proud to help with their Toys for Tots campaign every Christmas. Services will be held at 10:00am at Fort Gibson National Cemetery on February 4, 2022. A memorial service will be held at 2:00pm at Verdigris Assembly od God church 25815 S. 4110 Rd Claremore, OK. Flowers can be sent to MMS Payne Funeral Home 102 w. 5th St. Claremore, OK or in lieu of flowers donations can be sent to the Claremore Marine Corps League. Viewing will be from 1:00pm to 8:00pm on Thursday February 3, 2022 at MMS Payne Funeral Home in Claremore, OK.

Paul Johndrow, also know as Johnny was born in Norwich, Ct. on January 9, 1938. He went to be with the Lord on January 29, 2022 at the age of 84 years. Paul is survived by his wife of 61 years, Kay Johndrow and his three children: Son Paul... View Obituary & Service Information

The family of Paul Edward Johndrow created this Life Tributes page to make it easy to share your memories.

Paul Johndrow, also know as Johnny was born in Norwich, Ct. on...

Send flowers to the Johndrow family.