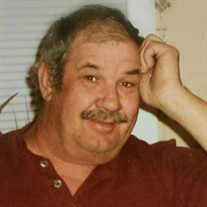 Robert Lee “Bob” Hough, age 70, of Chelsea, Ok passed peacefully with his daughter & best friend by his side on August 09, 2021 at Ascension St. John Hospital, Nowata, Ok. Bob was born April 23, 1951 in Lebanon, Mo to the late Ralph Hough Jr and Beulah Adams. Bob graduated from Aurora, Mo High School in 1969. He was a mechanic by trade his entire career. Bob could literally repair most anything, he worked on cars, tractors, and heavy equipment, amongst many other things. Bob loved to hunt, fish, work in the hay fields and spend time with his family and friends. Bob leaves behind two daughters, Sandra Hough Bowman and husband John of Crane, Mo and Angela Skipper of Exeter, Mo, five granddaughters, his favorite dog Boney and a host of friends. Bob was preceded in death by his parents, Ralph Hough Jr, Beulah Hough and his brother, Ronnie Hough. A Celebration of Life is scheduled for Sunday, August 22, 2021 from 2-4 at the Civic Center 618 Pine St, Chelsea, Ok 74016

The family of Robert Lee Hough created this Life Tributes page to make it easy to share your memories.

Send flowers to the Hough family.