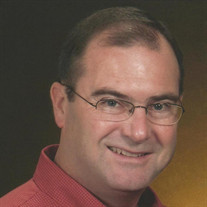 Ronnie Kellehan passed away on Wednesday, July 8th, 2020 at the age of 61. Ronnie, the son of Gail and Melva Smith Kellehan, was born January 2nd, 1959 in Pryor, Oklahoma.  He was raised in the Foyil area and began his education in the Foyil schools, later transferring to the Sequoyah schools.  There he enjoyed playing basketball and was known as a great student.  He graduated from Sequoyah High School as a member of the class of 1977.   After graduation he continued his education at Claremore Junior College.  He studied for his bachelor's degree over many years, actually completing it at Dallas Baptist University at the age of 44. Ronnie had an extensive working career which began in Claremore with Leo Faught Insurance Agency, selling insurance and preparing tax returns.  He then went to work for PSO in Tulsa in the mailroom and later advanced to an accounting position.  Working for PSO led to several relocations as the utility company was purchased by other corporations. He relocated to Dallas, Texas in 1996, to Columbus, Ohio in 2000 and to Daingerfield, Texas in 2007 where he later retired in 2014.  Then he and his family returned to Oklahoma and he was currently employed by the Cherokee Nation. After he started working for PSO he began attending church in Tulsa and met Anita (Barbee).  A few years later they were married on November 24, 1990.  In 1991 and 1995 two sons were born to his family who were his pride and joy.  As they grew up he taught them how to swim, play tennis, ride a bike, drive a 4-wheeler, but Anita taught them how to drive a car.  He enjoyed raising domestic birds such as peacocks, chickens, ducks, and guineas.  He liked to have dogs, horses and cows and most years planted a garden. With every relocation another orchard was started. Ronnie liked to travel and, for 14 years, he drove the family car or van around the US for his son's MANY Bible quizzing trips. He liked to visit the Amish area of Ohio to observe their lifestyle and purchase Amish made products. Those family members that survive include: his wife Anita, sons Matthew Kellehan and Andrew Kellehan, his brother Allen Kellehan and wife Pam, and his sister Nancy Little and her husband Scott.   Ronnie was preceded in death by his parents and brother Kenneth Kellehan.

Ronnie Kellehan passed away on Wednesday, July 8th, 2020 at the age of 61. Ronnie, the son of Gail and Melva Smith Kellehan, was born January 2nd, 1959 in Pryor, Oklahoma.  He was raised in the Foyil area and began his education in the... View Obituary & Service Information

The family of Ronnie Gene Kellehan created this Life Tributes page to make it easy to share your memories.

Send flowers to the Kellehan family.