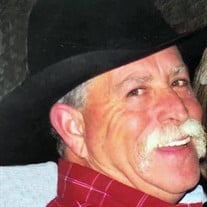 Mass of Christian Burial for Steven McMillan will be held on 10:00a.m., Tuesday, August 25, 2020 at St. Therese Catholic Church in Collinsville. Burial will follow at Woodlawn Cemetery in Claremore. Visitation will be held on Monday, August 24, 2020 at MMS-Payne Funeral Home from 1-8 p.m. with family greeting friends from 6-8 p.m Steven Eugene McMillan passed away on Wednesday, August 19th, 2020 at the age of 64. The son of Charles "Gene" and Virginia Willcox McMillan was born January 17th, 1956 in Ft. Eustis, Virginia.  After his fathers discharge from Army, Steve and his family moved to Claremore.  There he would begin attending schools, graduating as a member of the class of 1974.  It was also while attending junior high that he would first meet Sharon Turley.  As the years went by they began dating and the high school sweethearts were married on August 31, 1974.  The newly wed couple made their home in Claremore.  However between Steve's duty to the National Guard and his work as a boilermaker,  the newly wed couple found themselves living in about 7 different states the first Year of their marriage.  With the  pending arrival of their first child, Steve decided it was time to leave the traveling behind and settled down in the Claremore area.  He began working as a welder with a few local companies. Then worked Sun Glass/SPI in Claremore as warehouse manager. He began at American Airlines and worked up the ladder to a storeroom manager before retiring as a warehouse manager in 2018 with 26 years for the company. In his spare time Steve had many things he enjoyed.  He loved raising animals on the farm especially his gelbvieh cattle and his goats. He also loved traveling. Visiting many places in Europe, and the U.S although his frequent trips to Disney World and the beaches of Florida were his favorites.  However nothing gave Steve more joy than the time he got to spend with his family. He is preceded in death by his mother Virginia Maxine McMillan. Survivors include his father, Gene McMillan; wife, Sharon McMillan, children Mac McMillan and wife Tara of verdigris, and Kelsey "K.D" Willhite and husband Jeff of Pryor.  Grandchildren include, Trever Sumter, Rhyan McMillan and Jayce and Reese Willhite; 4 great-grandchildren and sister, Sherrie Cobern and husband Tim from Canton,TX. View and sign Steve's online memorial at www.mmsfuneralhomes.com

Mass of Christian Burial for Steven McMillan will be held on 10:00a.m., Tuesday, August 25, 2020 at St. Therese Catholic Church in Collinsville. Burial will follow at Woodlawn Cemetery in Claremore. Visitation will be held on Monday, August... View Obituary & Service Information

The family of Steven Eugene McMillan created this Life Tributes page to make it easy to share your memories.

Mass of Christian Burial for Steven McMillan will be held on...

Send flowers to the McMillan family.