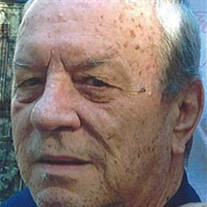 William “Bill” Carl Day was born in Texas City Texas, on November 21, 1940. Bill retired in 2003 after nearly 33 years of being a long haul cross-country truck driver. He hauled loads all over the United States, and even into Mexico & Canada, accumililating several million miles in his truck. His son took many trips in the truck with his dad, where he said one particular trip took them to down town NYC, where he had to find the location in an alley and back his semi up to unload and he did it all on the very first time, with no GPS. He took pride that he never received a citation during all his years of driving his truck. He always looked forward to coming back home to his lake house near White Horn Cove on Fort Gibson Lake. He enjoyed his small piece of heaven and enjoyed sitting on the porch watching the wildlife. Bill had come into the next generation world this last year with an IPhone and he learned all by himself how to text, take photos, and “FaceTime”. His family found his evening video calls quite entertaining, whether it was showing work that had been done around the property or to call to show us a donkey had found its way to his house, he was never so glad to have FaceTime video calls, because he was certain everyone would think he was crazy if he tried to tell that story. Bill was a great man who loved his family. He truly really enjoyed the holidays when family and friends would gather and looked forward to all the wonderful meals. He had a real sweet tooth and enjoyed anything sweet. He nearly always had something sweet close by. He loved his OSU Cowboys and never missed a nightly episode of his favorite tv show, The Last Of The Summer's Wine. He enjoyed coming to Claremore and spending weekends with his son and daughter-in-law, where enjoyed being spoiled rotten. He always said he gained 10 pounds every time he came for the weekend. He served our great nation in The United States Army, Artillery Unit and later Airborne, he was honorably discharged in March 1964 as E5-Sergeant. He was an Army Engineer and saw live combat in Vietnam. His time in the Army took him all over the world to include Germany and Paris. Bill was predeceased by his parents: Albert Monroe & Lucille Day, his sister Norma Jean and infant sister, Sandra Ann, sister-in-law Dottie Day, Nephew, David Day and daughter-in-law, Sharon Day. Those family members who will miss him dearly: son: Troy & Tina Day, Claremore, OK, Mike Day, Claremore, OK, daughter Lisa & Scott Conran, New Braunfels, TX. grandson: Richard & Taylor Berry, Fayetteville, NC, granddaughter: Risa-Dawn Conran, great-grandsons: Cash & Rowan Berry. A memorial to honor his life will be held at 11 am, Tuesday March 26th at Claremore First Baptist Church.

William &#8220;Bill&#8221; Carl Day was born in Texas City Texas, on November 21, 1940. Bill retired in 2003 after nearly 33 years of being a long haul cross-country truck driver. He hauled loads all over the United States, and even into... View Obituary & Service Information

The family of William Carl Day created this Life Tributes page to make it easy to share your memories.

Send flowers to the Day family.