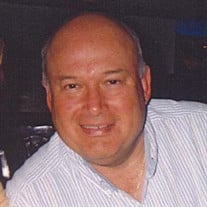 Memorial services for Willis Wohlgemuth will be at 2:00 p.m. on Monday, March 22, 2021 at MMS-Payne Funeral Home Chapel. Friends may visit at the funeral home from 4-6 p.m. on Sunday, March 21, 2021. Willis Ray Wohlgemuth was born in Liberal, Kansas on October 7, 1952 to William Wilford Wohlgemuth and Anna (Schroeder) Wohlgemuth. He spent his early years in Adams, Oklahoma and attended school there through the eighth grade. Willis transferred to Hooker, Oklahoma to attend high school, where he enjoyed playing baseball. In 1970 he graduated high school and continued his education at Tabor College in Hillsboro, Kansas. During this time, he became reacquainted with Lucinda Jost. The two began dating and were married on August 25, 1972, in Hillsboro. After college, Willis began working for Heston Corporation, and in 1978, he transferred with Heston to Claremore. Later, he began his career as a tool designer with Baker Oil Tools, which eventually became Baker Hughes. During his years at Baker, he attended night school and in 1998, earned his Bachelor of Science degree in Business from Northeastern State University. He continued his career with Baker Hughes for 38 years until retiring in 2018. Willis enjoyed many hobbies and pastimes. One of his favorite things was to fry fish! He would fry hundreds of pounds of fish in his homemade-engineered fish cookers for all the workers at Baker. This led to providing fish for many family gatherings and holidays. He loved to fish! For many years, he went on an annual "guys only" fishing trip to Branson on Valentine’s weekend. From his father, Willis inherited a love of flying. In the mid-1980's, he took flying lessons and eventually earned his pilot's license. For the next fifteen years he flew as often as he could. Willis’ love for woodworking was very apparent. He loved making things for people in his shop. Handles for Yeti tumblers made from wood and copper wire were his favorite to give away. He usually "overbuilt" his projects making sure they would last a lifetime. Later in life, he took up the hobby of tractors and tractor shows. He shared this hobby with his best friend, Lin Wiggs. Together they rebuilt a few tractors and attended tractor shows all around northeast Oklahoma. This hobby coincided with another of his favorite pastimes, attending auctions. He also enjoyed having coffee and conversation at Cafe' Flores in the mornings. Willis' first love was his family. He loved watching his son and grandsons play baseball. He enjoyed picking them up from school which usually included a stop at Braum’s or Baskin Robbins on the way home! He was preceded in death by his parents, William and Anna Wohlgemuth, and his siblings William James Wohlgemuth, Ruth Ann Wohlgemuth, and Violet Dick. Willis leaves behind his wife of 48 years, Cindy; his son Jonathan Wohlgemuth and wife Melanee of Owasso; grandsons Nate and Kade Wohlgemuth of Owasso; and sister Loretta Lee and husband Tommy of Hesston, KS. View and sign Willis' online memorial at www.mmsfuneralhomes.com.

Memorial services for Willis Wohlgemuth will be at 2:00 p.m. on Monday, March 22, 2021 at MMS-Payne Funeral Home Chapel. Friends may visit at the funeral home from 4-6 p.m. on Sunday, March 21, 2021. Willis Ray Wohlgemuth was born in... View Obituary & Service Information

The family of Willis Ray Wohlgemuth created this Life Tributes page to make it easy to share your memories.

Memorial services for Willis Wohlgemuth will be at 2:00 p.m....

Send flowers to the Wohlgemuth family.