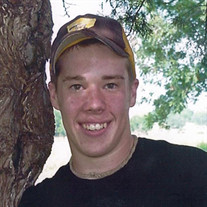 Adam Robert Yarnell 36, passed away on March 31, 2022 in Claremore. He was born on May 19, 1985 in Claremore to Lynn Yarnell and Janet Holt. He attended Claremore- Sequoyah High School and graduated in the class of 2004. During high school he enjoyed playing football. After his high school years he worked at the GRDA, GCR Tire, and Baker Hughes.One of the past times he loved was fishing at Oologah lake and at the home place. He espcially loved raising Kenzie and was a great father to his girl. He also enjoyed riding motorcycles and competing in BBQ contests. Adam had a heart of gold. He would lend a helping hand to anybody and had a great sense of humor.
Adam is survived by his parents, Lynn Yarnell and Janet Holt; his daughter Mackenzie Yarnell; brother, Anthony Yarnell; aunts, Becky Kays and Rinay Royals; uncles, Robert Weilert, Jason Weilert, Eddie Weilert and David Weilert; grandmother Sharon Smock; and 20 nieces and nephews.
He was preceded in death by his uncle Lane Yarnell, and his grandparents Leon and Betty Yarnell.
To order memorial trees or send flowers to the family in memory of Adam Robert Yarnell, please visit our flower store.