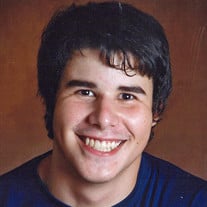 The son of Tandy and Dakie (Lewis) Reeder was born November 12, 1995 in Claremore, Oklahoma. As a young boy he was raised in rural Claremore near Sequoyah. He would later attend Sequoyah schools where he enjoyed participating in football, basketball, and track. His senior year he moved to Tahlequah where he graduated as a member of the class of 2014. After high school Alex lived in several places such as Ft. Smith, Arkansas, Vian, and Sallisaw before making his way back to the Claremore area. During those years he would find employment working as a chef. Alex loved to cook, and enjoyed the time he spent at many area restaurants. Currently he was working with his great uncle in the guttering business.

In his spare time Alex had many things he enjoyed. Things such as listening to music, and watching funny videos on youtube. He enjoyed helping people. Alex was always ready to lend a hand if possible. However taking long walks brought him great enjoyment. It wasn't uncommon for him to walk and end up in a complete different town than where he started. Sometimes he would walk so far he would need to catch a ride back home or have to stay the night there.

He is preceded in death by his grandparents, Mike Lewis and Eugene Reeder.

Survivors include his parents, Dakie and Tandy Reeder; brothers, Brandon and Matthew Reeder; sisters, Emily and Elizabeth Schneider; grandparents, Don and Anna Franklin, Pat Reeder, Brenda and Randy Stewart, and Jenny Lewis along with many other extended family.

View and sign Alex's online memorial at www.mmsfuneralhomes.com
To order memorial trees or send flowers to the family in memory of Alexander Michael Reeder, please visit our flower store.