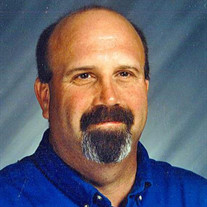 The son of William Albert Garrett and Willa Dean (Higgins) Garrett was born January 17, 1957, in Tulsa. He spent his early years in Broken Arrow, where he attended school. In 1975 he began attending Claremore Junior College, where he was the editor of the school newspaper. It was there that he met Sue Tharp. The two began dating, and were married on December 25, 1976. At that time Bill took a break from school and began working at Steamatic Carpet Cleaning. He worked there until Sue completed college. At that point Bill returned to Claremore Junior College. He completed his associate degree and then began attending Northeastern State University. There he graduated with a Bachelors Degree in History and Journalism in 1981.

Bill began his teaching career at Sperry, where he coached girls' basketball and taught history. He also taught at several other area schools, including Wynona, Paden, White Oak, Ketchum, Tulsa, and Coweta, where he taught for 18 years. He usually taught History, Journalism and Yearbook classes. He retired from teaching in 2017.

In his spare time Bill had many hobbies. He enjoyed collecting things such as Hot Wheels, baseballs, knives, and pocket watches. He also enjoyed entertaining by telling funny stories and doing impersonations. Other hobbies included writing, fishing, and photography. He enjoyed taking photographs of sports teams and weddings, along with many other things. One of his biggest hobbies began when his friends got him interested in Civil War Re-enactment. This led him to participate in many re-enactments all over the country. It even landed him a spot in the movie , The Trail of Tears.

Bill is preceded in dea th by his parents. Survivors include his wife Sue, daughter Dallas West and husband Luke, grandchildren Jaylie, Daygan, and Levi West, and sisters Pat Anderson and Linda Collie.

View and sign Bill's online memorial at www.mmsfuneralhomes.com .
To order memorial trees or send flowers to the family in memory of Bill Garrett Jr, please visit our flower store.