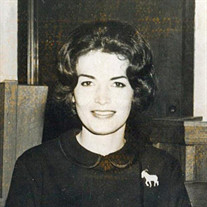 Billie Louise Heiligman (Craighead) was born on September 13, 1933 in the Blackgum, Oklahoma, home of her grandmother, a mid-wife. At the age of three, Billie cried daily as older children passed her home on their way to school. A family friend who was a teacher at the school became aware of the stress, she suggested Billie come to school, but told her mother to be prepared to pick her up as "she won't last a day." Wrong! At the end of the school year, Billie was the top first grader in her class and her passion for education had begun. She celebrated her 16th birthday at Oklahoma A&M (now Oklahoma State University) by going on a blind date with fer future husband of 56 years, Richard Lee Heiligman. Throughout their lives, Billie and Richard were passionate Oklahoma State Cowboy fans, attending many home and postseason games.

Billie and Richard started a family in his hometown of Claremore. After raising their four children, Billie returned to school. While attaining a Master of Education, she launched her nearly three-decade career with Claremore Public Schools, beginning as an English teacher and concluding as the Assistant Superintendent for Curriculum and Instruction. Throughout her career, Billie was devoted to helping those with learning disabilities and developed programs such as Project CEEP, a county wide organization serving the multi-handicapped. After retiring from Claremore Public Schools, Billie worked for DHS and the Oklahoma State Department of Education. She continued to be a leader in the community she loved through a myriad of volunteering activities and board positions, including Rogers County Board of Health where she served over 25 years, Habitat for Humanity, and Safenet Services.

Billie could often be found as an active member of a grassroots local, state, or national election campaign and served as an Oklahoma delegate for the 1968 Democratic National Convention. She was known to friends and family for her food and hospitality. Whether supporting a local bake sale, organizing an event at St. Paul's Episcopal Church, or hosting an OSU watch party, one always looked forward to her cooking and company.

In later life, much of her spare time was spent on her gardens and koi pond, but in true Billie fashion, she found a way to make that productive by hosting charity garden tours. Always a lifelong learner (at 57, she returned to Oklahoma State University for eight years of doctoral studies), Billie fostered a love of museums, food, reading, travel, and the arts in her grandchildren and many others of the next generations.

Billie was preceded in death by her husband, Richard Heiligman, as well as her children, Victoria Statham and Richard Heiligman, Jr. She is survived by her daughters, Elizabeth Ann Rhine and her husband Mark of Claremore, and Carolyn Heiligman of Tulsa, as well as grandchildren, Katherine Edge (Rhine) and her husband Elliott, of San Antonio, TX, Kristine Stapleton (Kipp) and her husband, Weston, of Haskell, and Michael Kipp and his wife, Maggie, of Phoenix, AZ, as well as five great-grandchildren. Memorial contributions may be made to either St. Paul's Episcopal Church Memorial Fund, 1310 North Sioux Avenue, Claremore, OK 74017, or Habitat for Humanity, 202 North Owalla Avenue, Claremore, OK 74017.
To order memorial trees or send flowers to the family in memory of Billie Louise Heiligman, please visit our flower store.