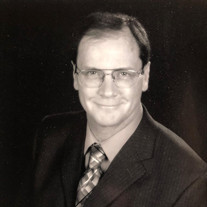 Memorial service for Brad Hindenburg will be 2:00 pm Friday, August 2, 2019, at Catoosa First Church, under the direction of MMS-Payne Funeral Home and Cremation Service. Brad passed away at his home in Inola on Sunday, July 28, 2019. He was 61 years old.
Bradley John Hindenburg, the son of Gene and Rita (Larkin) Hindenburg, was born in Bloomington, Illinois on September 7, 1957. He attended elementary school in Bloomington, before moving to Terre Haute, Indiana with his family.  In 1975, he graduated from South Vigo High School. After high school, he moved to Oklahoma to work in the oil business. In October of 1982, he met Nancy Jensen, the love of his life. They were married on June 4, 1983, and began building the home that they occupied together until his death.
Over the years, Brad worked as a machinist, and in route sales for Coca Cola and later for Lake Shore Foods. In 1997 Brad was diagnosed with cancer. He was an avid member of ROCO fit for many years. In his spare time, Brad enjoyed deer hunting, traveling, and most of all, spending time with his family. He was also very involved with his church family.
Brad was preceded in death by his father, Gene Hindenburg, and sister, Bernie Linden.
Those left to mourn his passing are his wife, Nancy; mother, Rita Hindenburg; children, Kasandra Sublett and husband Chad, Kory Hindenburg and wife Patricia, and Kenneth Hindenburg and wife Whitney; brothers, Greg, Max, and Kurt Hindenburg; sisters, Beth Ann Bonhart, Diane McKillop, Julie Dearing, and Janet Hindenburg; brother-in-law Mark Jensen and wife Cheri; and grandchildren Conner, Eleesya, Neal, Blaine, Asher, and Oakley.
To order memorial trees or send flowers to the family in memory of Bradley John Hindenburg, please visit our flower store.