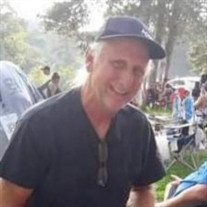 Born April 14, 1959 in Tulsa, Oklahoma to William (Billy) Lee Mills, Jr., and Louise Rene (Willis) Mills, Bucky attended schools in both Collinsville, and Owasso. He began his working career at Industrial Splicing and worked there for several years. He later worked as a painter before owning his own construction business.

In 2016 Bucky began breeding Terriers and this turned into a full-time business. He owned Route 66 Barn Hunts and also owned and trained showed dogs as well. He was successful at the highest level of breeding and showing, including the Westminster Kennel Club Show in New York. When time allowed, you could find him at his favorite fishing hole or in the woods hunting. He enjoyed time with his family, especially his time with his daughter Clare Grace and their constant four legged companion, Harley.

Bucky's life values and his work ethic were impeccable. Even though he faced many life challenges through the years, he resolved to maintain his integrity as an example to others. He followed the 12-step program and for 16 years sponsored many folks through their life's journey. He will be sorely missed.