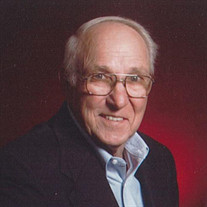 Funeral service for Charlie Brown will be held on Monday, March 2, 2020 at the Harvest Baptist Church. Burial will follow at Ross Mayes cemetery. Visitation will be held on Sunday, March 1, 2020 at the MMS-Payne Funeral Home from 1-6 p.m. with family greeting friends from 3-6 p.m.
Charles (Charlie) Leo Brown was born November 21, 1934 to Leo Finis Brown and Dorris Conner Brown in Davenport OK. He was raised in Catoosa, OK and lived in the area most of his life. He graduated from Catoosa High School in 1953 after living a few years in White Oak OK. He married Leota Jackson in 1954 and had two children, Debi Brown-Ward, and Charles Randall Brown. Later, he married Shirley Willis in 1978 and they built a home on the Brown family property in Catoosa where they lived out the rest of their lives. The two of them loved being outdoors hunting, fishing, working in their pecan orchard, and gardening.
Charlie started work at Sears in Tulsa just out of high school and worked there for 28 years. When he left Sears he had advanced to Automotive Manager. In 1981, he purchased Industrial Sling & Supply (a wire rope company) in Tulsa and ran the operation until he sold it in 1995. He and Shirley loved to travel and did so all over the US, Canada, Europe, Mexico and South America. Two years ago he and Debi traveled to the two remaining states that he had left to visit, Wisconsin and North Dakota. There she dragged him to the American Pickers store in Le Claire IA, and the Harley Davidson museum in Milwaukee. Charlie had such an incredible memory; he could recall the restaurant, the date, Country & Town, and what he ate that day for lunch. On one of his travels to Europe, he met his best friend Ed Shinn in Germany where they had coffee and swapped stories. Ed remained his best friend the rest of his life. Charlie was a talented artist with pencil, paint and wood. He painted pictures and crafted many wooden gifts for family and friends.
One of Charlie’s favorite things to do was to Arrowhead Hunt. He and Randy covered many miles searching for treasures. One activity that can bring terror to many was the Conner family rattlesnake hunts. Nearly all the men (and some brave women) participated each year in O’Keene Ok and almost always took the most trophies home.
The greatest trait demonstrated by Charlie throughout his life was his devotion to help others; family and friends. He was a loving and generous husband, father, grandfather, brother and friend. He welcomed anyone and everyone and had multiple visitors to his home throughout his life. His church family was equally important, for many years he was an active member of Harvest Baptist Church.
He is preceded in death by his parents, Leo Brown, and Dorris Brown Jonas; wife, Shirley Brown; step-father, Con Jonas, and sister, Donna Howard

View and sign Charlie's online memorial at www.mmsfuneralhomes.com
To order memorial trees or send flowers to the family in memory of Charles Brown, please visit our flower store.