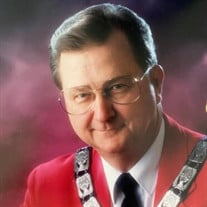 Charles was born in Port Arthur Texas on June 1, 1944 to Elizabeth (Hume) and Elwood Overgard.  At a young age he and his mother moved to Vinita, Oklahoma after his father was declared MIA in the Korean War.  It was in Vinita where he attended school and met Sharon Easling.  They married on July 10, 1964.

After attending college he and Sharon made their home in Claremore, OKlahoma.  Chuck owned a successful clothing store Chuck's Varsity Square.  He sold his business in 1986 and joined the Oklahoma Tax Commision in the Alcohol and Tobacco Division where he worked until his retirement.

Throughout his life Chuck had several passions.  First and foremost his biggest passion was his family, especially the grandkids.  He loved to play golf with friends.  Take his restored 1965 Mustangs to car shows where he won many trophies.  He also volunteered many years to Veteran organizations including the Veterans Hospital in Claremore.  You could also find him enjoying a beer with friends every afternoon at the VFW or American Legion.

Chuck and Sharon were married for 54 years at her death on October 17, 2018.  He was also preceded in death by his parents Elwood and Elizabeth and his son Rob.

He is survived by his daughter Kelli and her husband Kip of Tulsa, OK.  His grandchildren Kaslin and husband Charlie or Norman, Clay of Denver, CO, Max, Ella, Nate, Heaven, Jaden, Phoenix and Gemma of Claremore, OK.
To order memorial trees or send flowers to the family in memory of Charles Raymond "Chuck" Overgard, please visit our flower store.