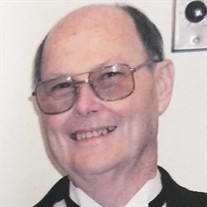 Funeral services are pending for Chelsea resident, Charles Welch, Sr. Charles passed away at The Journey Home hospice facility in Bartlesville on Monday, April 29, 2019. He was 82 years old. Charles' care has been entrusted to Chelsea Funeral Home and Cremation Service.
Charles was born in Barnsdall, Oklahoma on June 24, 1936, the son of John and Hazel Audrey (Dunn) Welch. He spent his childhood years in Barnsdall, the Dog Creek hills near Foyil, and later, Pampa, Texas, where he met and married Minnie Pearl Pierce.
In his youth, Charles was an oil field worker, until a car accident left him a paraplegic in 1962. After that, he worked at a dental lab until his retirement in 1980. After retirement, he moved to Chelsea. In 1974, Charles became a Jehovah's Witness, and he has remained true to his faith throughout the rest of his life. Charles was a person who loved everyone he met. He will be dearly missed.
In his spare time, Charles enjoyed fishing and tending his flowerbeds. He also loved his chickens, and his beloved cat, "Grandma".
He was preceded in death by his parents, his wife, and siblings Sam, Leroy, Melva, and Wilma Welch.
Those left to mourn his passing are his children Charles Welch, Jr. and wife Robin, and Elmer Welch and wife Suzanne, Gloria Welch, and Rebecca Welch and husband Jason; numerous grandchildren and great-grandchildren; and brother William Edward Welch.
To order memorial trees or send flowers to the family in memory of Charles Robert Welch Sr., please visit our flower store.