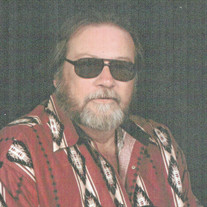 Born January 30th, 1961, in Claremore, Oklahoma to Bennie Ray and Roberta (Johnston) Minor, David attended Catoosa schools, graduating with the class of 1979. He began working at the age of 14 and following high school he worked for a machine shop. Later he began driving a truck and enjoyed this line of work for many years.

A person that could fix just about anything, David loved fixing and maintaining old tractors with his dad. He was also a devoted friend and would help out anyone with a need, especially his older neighbor friends. David also enjoyed riding his Harley and made several trips around the area.

Those family members that survive include his daughter Shanna Minor and her brother Josh Vierheller; his parents, Bennie and Roberta Minor; his sister Sheila Hazelwood; and his grandchildren Garrett Marshall, Austyn Nichols and Addyson Vierheller. David was preceded in death by his grandparents.
To order memorial trees or send flowers to the family in memory of David Ray Minor, please visit our flower store.