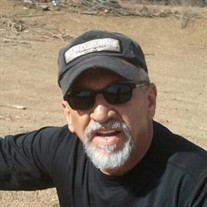 Born July 1, 1955 in Chelsea, Oklahoma to Wayne E and Wanda Lee (Burns) Rice, Dewayne attended school at Foyil, graduating with the class of 1973. Following his schooling, he owned a Borden Milk route and when it sold to Highland Dairy, he worked at the corporate offices for them. Dewayne also worked as general sales manager for Brad Noe Auto in Tulsa. In 2010 he founded the Prairie Rose Restaurant in Chelsea. He was quite proud of his business and enjoyed the many people he served.

Hobbies included riding dirt bikes, when he was younger, and motorcycles when he was older. He took many trips on his Harley and often enjoyed taking in the scenery in Talus, New Mexico. Dewayne also like riding bicycles and would watch the Tour de France each year. Cars and car shows were another interests he liked.

Dewayne will be remembered for his sharp business mind and big heart. Those family members that survive include his son Bradley Wayne Rice of Chelsea; his mother Wanda Rice of Claremore; his sisters Billy Martin of Oologah and Jackie Rice of Sand Springs and his brother Morgan Rice of Chelsea. Dewayne was preceded in death by his father, Wayne Rice.
To order memorial trees or send flowers to the family in memory of Dewayne Edward Rice, please visit our flower store.