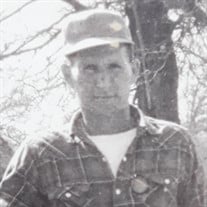 Grave side service for Dewey Murle Horner will be 2:00 p.m., Friday, January 10, 2020 at Sageeyah Cemetery under the direction of MMS-Payne Funeral Home & Cremation Service. Friends may visit at the funeral home on Thursday, January 9, from 1pm-8pm, with family receiving visitor from 6pm-8pm. Dewey passed away on Tuesday, January 7, 2020. He was 92.

Born November 7, 1927 in Claremore, Oklahoma to Dewey George and Mary Theo (Whitener) Horner, Dewey attended school in Claremore. When he was quite young Dewey and his brother went to California to work on the pipeline. He later returned to Claremore and began working for the city at the street department, retiring in 1993.

Dewey was most happy when he had his family with him, but he did enjoy dancing. He also loved taking care of horses and Poco was his favorite. Dewey also had a dog he loved, Hotshot. A spirited and caring man, Dewey gave to anyone in need, especially his loving family. He had a big heart and took very good care of his family.

Those family members that survive include his granddaughters Ashley and Brandy Savage, great grandchildren Sara Thorne, Savannah Thorne, Maddie Thorne, and Nathan Thorne; and many other family members. Dewey was preceded in death by his parents, his wife Ruth, son Dewey Lee Horner, 4 brothers and 1 sister.
To order memorial trees or send flowers to the family in memory of Dewey M. Horner, please visit our flower store.