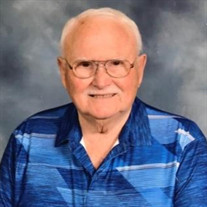 Donald Ray Purkey passed in peace at his home on October 9, 2020, at the age of 84. Don was born to Virgil and Cordia Purkey on July 8, 1936 in Verdigris, Oklahoma. Where he attended school until moving to Claremore in the 5th grade. He graduated from Claremore High School, lettering in football all 4 years. Don was the Vice President of his senior class.

He also received a scholarship at a junior college in ArKansas, Kansas to play football but suffered a season ending injury and left after one semester. He then went into an aircraft maintenance service for a year and then attended and received an Associate degree from Oklahoma Military Academy. Don decided to go back into the aircraft manufacturing business and traveled domestically while working on all types of aircraft vessels.

While stationed in Sioux Falls, South Dakota, he met the love of his life who he asked to marry within 2 weeks of meeting her.  And on April 13, 1962, Don married Marjie Jeanette Essem from Sioux Falls. They had a full life together with their children, Scott Purkey and Stace Purkey Morris, where he was involved in all of their sport activities. Don’s life career was an electrical manufacturing manager, working on our nations’ power plant generators.

Don was very committed to his home church for 52 years at Redeemer Lutheran Church, where he served several terms in positions as president, vice president, elder and trustee. His most recent joy was to spearhead the lead building team who worked together to build both the new fellowship hall and the sanctuary we are sitting in today.

Don loved Claremore! He served as a City Councilman for 30 years , which he served with 5 different mayors. He was elected to serve with others as a freeholder who changed the city’s government from a Mayor/Council to a City Manager/Council type of government. While in the council he served  as lead councilman on finances, streets and other city departments.  Don was a proud member of the Cherokee tribe.

Around his family Don was known as the jack of all trades. Once he set his mind to something he would not stop until it was finished. Don loved being around his grandchildren and great-grandchildren; he enjoyed teasing them and their laughter filled his heart. His family states that he was an example of honesty, respect, and most of all, unconditional love.

All whose lives were touched by Don are invited to attend his viewing at MMS Payne Funeral Home on Thursday, October 15, 2020 from 1 p.m. - 8 p.m (6-8pm with family) in Claremore, Oklahoma. A celebration of his life will be held at Redeemer Lutheran Church on Friday, October 16, 2020 at 10:00 a.m. Burial will follow at Woodlawn Cemetery in Claremore.
To order memorial trees or send flowers to the family in memory of Don Purkey, please visit our flower store.