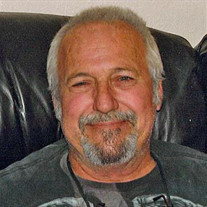 Edward (Ed) John Lanier, age 65, passed away on Wednesday, June 19th, 2019.  Services for Ed will be 10am Monday, June 24 at MMS-Payne Funeral Home Chapel. Burial will follow at Woodlawn Cemetery.  Friends may visit the funeral home on Sunday, June 23 from 1pm to 6pm, with family receiving visitors from 4pm to 6pm.

Ed was born November 11, 1953 in Independence, Tangipahoa Parish, LA to Thomas Atkins and Inez (Dugas) Lanier.  Ed attended school in Tulsa, OK and graduated with the class of 1971 from Central High School.  Ed enlisted with the U.S. Army and proudly served his country during the Vietnam War. Following his honorable discharge, he returned to Tulsa and worked as a Crane Operator.  He later began a career as a Tile Installer. He spent the next 43 years placing tile in many large homes in Tulsa and surrounding areas. Ed was highly sought after for his exceptional work and dedicated service.

An avid reader, Ed enjoyed murder mysteries and Louie Lamar books. He also enjoyed fishing, gardening, and mowing his yard. His dogs, Ruby and Loki, were a joy to him. He most loved having his family around, especially his beloved grandchildren. Ed was one of their biggest fans, supporting them in all they were involved in.

Please view and sign Ed’s online tribute at mmsfuneralhomes.com
To order memorial trees or send flowers to the family in memory of Edward John Lanier, please visit our flower store.