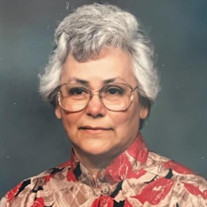 Esther Lee Collins of Claremore, Oklahoma passed away in her home on January 11, 2022.  She was born in Claremore on June 29, 1939, to Oliver and Fannie Hause.  Esther had an incredible love for her friends and family and her presence will forever be missed by those who knew her.  Esther enjoyed living in the country and instilling the values of farm life to her children and grandchildren.  She was of strong moral character and had an intense love for her Lord and Savior.  Esther never gave up on anyone or anything, quitting was never an option.  Esther was able to make her heavenly journey home from the very place she grew up as a child, Mocking Bird Hill.  She cherished her time spent on the farm and prior to her sickness recalled memories of living there.  She talked about riding horses, gardening, canning, and simply feeling the wind in her hair and the fresh tilled dirt between her toes as a child, she called these simple pleasures not everyone gets to experience.  She was thankful for all the blessings in her life.