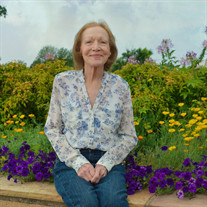 Frankie Earlene Tinker Tims was born in the hills of Popular Bluff, Missouri on November 20, 1930. She passed away in Tulsa, Oklahoma on October 29, 2019 at Hillcrest South Hospital, having lived in Northeastern Oklahoma most all of her life. She and her husband Gilbert Tims lived in Claremore the last 12 years.

After completing high school, and later nursing school, Earlene was never afraid to tackle anything. She was a business owner of various businesses, one being an antique dealer and collector, opening Rainbow's End in Collinsville, Oklahoma. She was an avid reader and talented artist. Earlene was involved in her daughter's school projects, FFA, 4-H and Girl Scouts. She was a active member with the Collinsville Historical Society and Collinsville Library and later with Chelsea's Library.

Earlene was preceded in death by her husband, Gilbert Tims; her parents Athena Mazie Burdan and Frank Earl Tinker; her siblings Wilfred, Eugence, and Jimmy Tinker and Maxine Borland and Janie.

She is survived by her daughters Brenda Smith Jaye, Susan Clark Liobert, and Donna Clark Deyo and husband Bryan; grandsons Parker DeWitt and Mickey Foresman and many nieces and nephews.
To order memorial trees or send flowers to the family in memory of Frankie Earlene Tims, please visit our flower store.