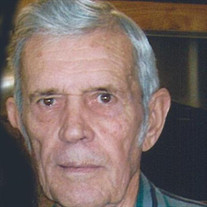 Fred Nixon was born on April 24th, 1938 in the Dogwood Hills of Rogers County to Wesley Winfield Nixon and Ida (Towell) Nixon. He passed away to his heavenly home on January 19th, 2021 at the age of 82.

Fred graduated from Sequoyah High School in 1956. He married Shirley E. Littlefield on October 8th, 1956. They were married for 64 years.

Fred had a number of jobs before his construction career, which included driving a feed truck for his wife’s uncle Joe Littlefield. Fred is second generation carpenter in his family and a great one. He did everything from hang a screen door to build a house. Fred was also Freewill Baptist Preacher for Cole and Christy Community Churches.

After retirement Fred enjoyed going to auctions and collecting things such as belt buckles, tools, and guns. He liked to build all kinds of bird houses and knick knacks.

Fred was proceeded in death by both parents, and older brother Pat Nixon and his wife, Joy of Claremore.

Graveside service for Fred will be 10:00 a.m., Tuesday, January 26, 2021 at Washington Cemetery. Friends may visit at the funeral home on Monday, January 25, from 1pm-8pm.
To order memorial trees or send flowers to the family in memory of Fred Zane Nixon, please visit our flower store.