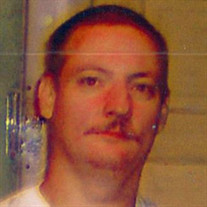 A memorial service for Jeffrey Darryl Leslie, II will be held at 11:00 a.m. on August 25, 2022 at the Chelsea Memorial United Methodist Church.
Jeffrey Darryl Leslie II passed away on August 21st, 2022. He was 57 years old. Jeff was born in Ojai, California to Jeffrey Darryl Leslie I and Barbara Lydia Leslie. Jeff grew up in California and attended Ventura High School and Claremore High School. After his high school years he enlisted in the Army National Guard and served his country for four years. During that time he met the love of his life, Jennifer Mueller, in 1985. The couple was married in July of 1986 and started a life together.
Over the years Jeff worked as a computer repairman, a security officer for Tulsa Public Schools, a dispatcher for the Chelsea and Inola police departments, and the last couple of years at Atwoods. Jeff loved working on computers and shooting guns with his good friends and brothers, but above everything else he loved his family.
Jeff is preceded in death by his son Jonathan Leslie.
He is survived by his wife Jennifer Leslie; daughter Teresa Stewart and husband Cory; parents Jeffrey Darryl Leslie I and Barbara Lydia Leslie; brothers Jerry Paul Leslie and Wade Jonason Leslie; 3 grand children Lance Otto Stewart, Hunter Royce Stewart, and Kelleyann Lynne Stewart.
To order memorial trees or send flowers to the family in memory of Jeffrey Darryl Leslie II, please visit our flower store.