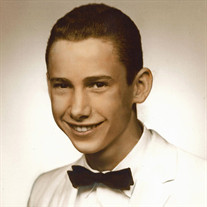 Born June 14, 1943 in Claremore, Oklahoma to Hobart Glen and Ruby (Sugg) Porterfield, Jery attended schools in Claremore, graduating with the class of 1961. He continued his education by attending Northeastern State College and received his Bachelor's degree in education. Jery later returned to Northeastern and obtained his Master's degree. His first post teaching was at Bell Junior High in Tulsa, as an English teacher. In 1979 Jery began working at Claremore High School as a counselor and retired in 1998.

Jery had a blind date with a young lady that was visiting her grandparents in Claremore. They began writing to each other when she returned to California. It wasn't too long that a courtship began and the two fell in love. Jery visited her in California and they continued to write to each other, he later proposed and the two were married on July 2, 1964. Tahlequah was home first while Jery finished his degree and later Claremore became home and together they raised their two sons.

A man that was a hard worker and provided for his family, Jery was also someone who could build anything he put his mind to. He could make anything out of wood, from furniture to an addition to his home. His mechanic skills came in handy when he needed to rebuild of fix a car. His work ethic came from the time when he was a young boy on a dairy farm. This taught him many lessons and helped him throughout his life.