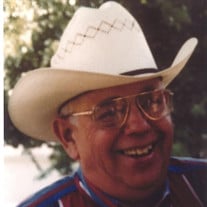 A memorial service for John Ross Mizer will be 10 a.m., Monday October 26, at Foyil Assembly of God Church, followed by a graveside service at 2 p.m. at Winganon Cemetery with Rev. Jack Damico officiating. Burial will be under the direction of the Chelsea Funeral Home and Crematory.

John passed away Sunday, October 18,2020 at the age of 86. John was the sixth of seven children born to John Willis and Ethel (Deal) Mizer on December 6, 1933 at Cherokee Central. John graduated from Chelsea High School in 1951.

On February 9,1952, he married the love of his life, Shirley Ann Whiteside. Their beloved union blessed them with two children.

Shortly after marriage, John was called to serve his country during the Korean Conflict as a Private in the U.S. Army. After returning stateside, he and Shirley returned to Northeast Oklahoma, building their forever home on their 80-acre home stead in Chelsea, OK. John started his mechanic career at Mack Trucking Co., later moving to Peabody Coal Co., where he retired after many years of faithful service. John enjoyed baling hay, raising cattle, building smokers and farm equipment, and stirring up trouble with his ornery behavior.

John is preceded in death by his parents, his siblings Van Mizer, Ruth Most, Pauline Bible, Hoover Mizer and Dixie Bible; and his beloved wife Shirley Mizer.

Leave your memories of John and view his tribute at www.mmsfuneralhomes.com .
To order memorial trees or send flowers to the family in memory of John Ross Mizer, please visit our flower store.